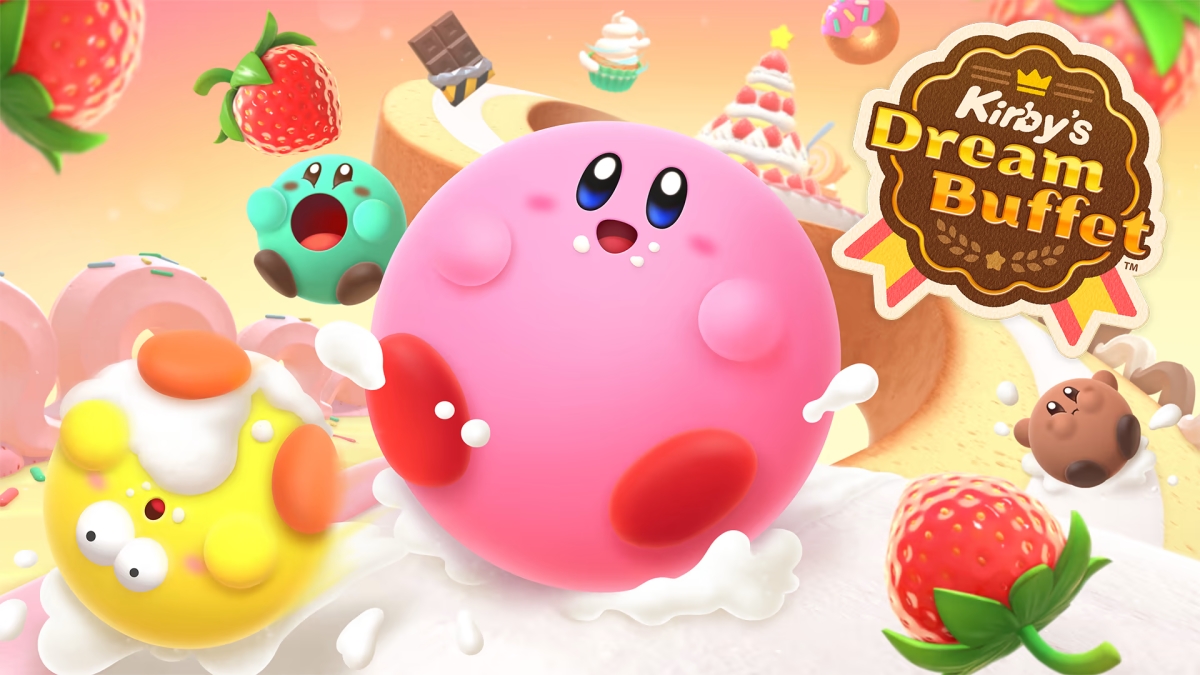 Last month, Nintendo randomly dropped an announcement for Kirby’s Dream Buffet, a new eShop Kirby game that would be launching this summer. Today, we got an overview trailer as well as a release date for the game.

The overview trailer showcases the three modes that can be played in the game with up to four players.

The first game mode is called Race. Each player rolls across the stage collecting strawberries to grow bigger and stronger. Eating foods on the stage will grant Copy Food Abilities, which give special powers. For example, Tornado helps to sweep up strawberries and Jelly helps to slip through cracks in walls. The goal is to be the first player to reach the finish line.

The second game mode is called Minigame. The objective here is to eat as many strawberries as possible before the time is up. The strawberries may fall from the sky, and it will be a battle to see who can eat them first.

The third game mode is called Battle Royale. Knocking opponents off of the stage steals their strawberries. Copy Food Abilities are also present in this game mode to help overcome the other players. The biggest Kirby will be crowned the winner at the end.

In addition to the three game modes, there are some other features to look forward to.

You can play split-screen with a friend on one Switch by passing a Joycon to a friend or via local wireless with multiple Switch consoles. Additionally, you can participate in online play with up to four players around the world as long as you have a Nintendo Switch Online membership.

Kirby’s Dream Buffet will release exclusively on the Nintendo eShop next week on August 17. It can currently be pre-ordered, and it costs $14.99.

You can watch the full overview trailer below.