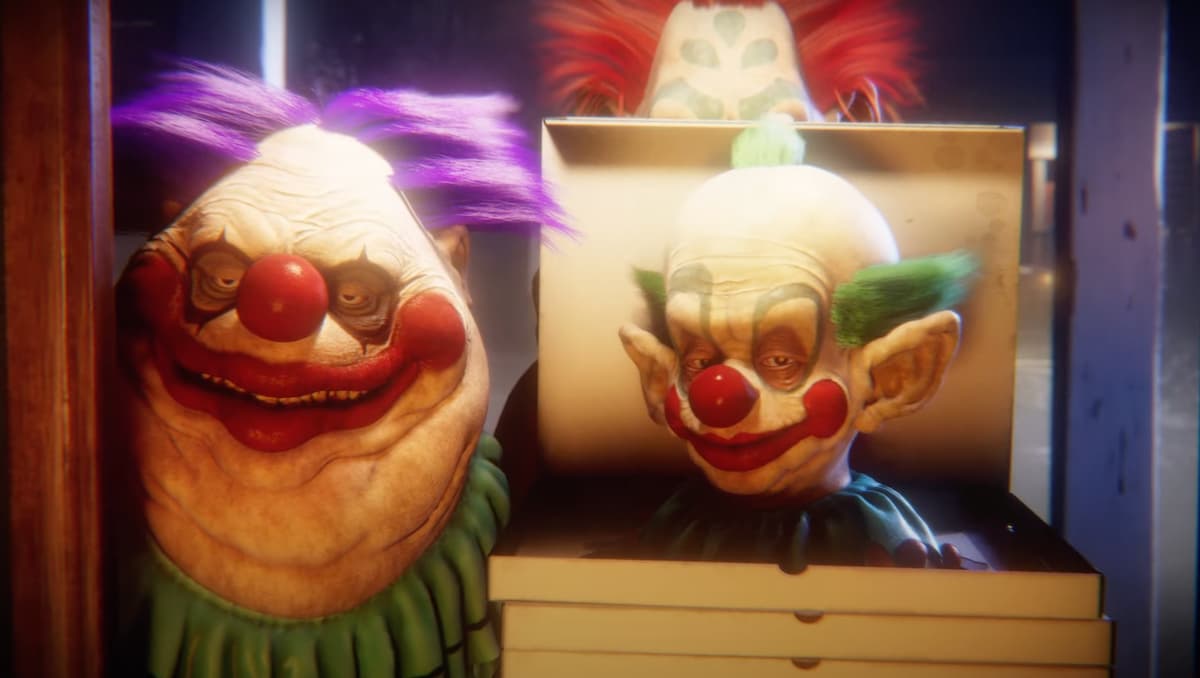 One game that absolutely nobody was expecting has been officially revealed at Gamescom Opening Night Live. Yes, that’s right, Killer Klowns From Outer Space: The Game is a thing and it’s coming to PlayStation 5, PlayStation 4, Xbox Series X|S, Xbox One, and PC.

Behold the announcement trailer down below… if you so dare:

Clocking in at just over a minute long, the new footage is largely a cinematic introducing the new video game adaptation. We get to see a young teen in his bedroom, before he goes wild and starts playing a load of air guitar to a catchy rock tune. As the camera pans up, though, we get to see what’s happening outside and it doesn’t look good: everyone is running away from something scary… I wonder what it could be?

Based on the eponymous 1988 cult hit movie, Killer Klowns from Outer Space is a horror-comedy that is actually pretty beloved among horror aficionados. It’s largely a sci-fi b-movie that sees a bunch of weird clown aliens wreaking havoc on an unsuspecting town.

Interestingly, the game comes from the executive producer behind another movie-to-video game adaptation, Friday the 13th: The Game, and is being pitched as a “craazzy” new take on the multiplayer horror sub-genre. From the short snippets of gameplay, it appears that the title will be a third-person shooter style experience with hideous-looking clowns chasing after you and trying to put you six feet under.

But what say you? Are you looking forward to checking out Killer Clowns from Outer Space: The Game? Or will you be giving it a wide berth? Put on those red noses and let us know in the usual place down below.