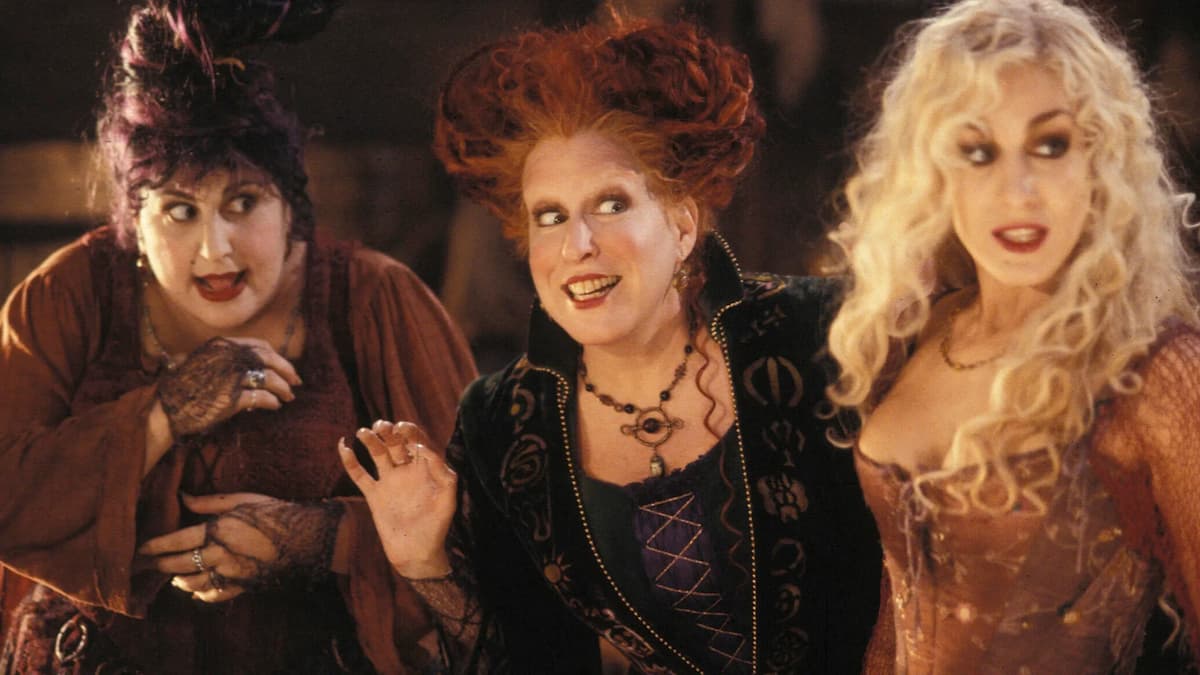 Disney’s entire back catalogue is filled to the brim with gems that flood our lizard brains with nostalgia. One such cult classic is 1993’s fantastical comedy pic Hocus Pocus which stars Sarah Jessica Parker, Bette Middler, and Kathy Najimy as a mischievous trio of witches with a penchant for sucking the souls out of youngsters in a bid to stay young forever.

If you’re here, you’re likely curious as to whether Hocus Pocus is based on a true story. So, without further delay, let’s get started.

Is Hocus Pocus Based on a Real Story? Answered

The short answer is, no, Hocus Pocus is not based on a true story. The longer answer is that there is a little more to this question than meets the eye.

You see, one of the co-writers behind Hocus Pocus, David Kirshner, has said that the idea of the movie evolved from him telling scary bedtime stories to his children. Specifically, Kirshner told Yahoo back in 2015 that, “Halloween is a huge deal in our home, and it has been since our daughters were little.”

Furthermore, the writers have gone on record to say that they loosely based the three sisters at the heart of Hocus Pocus on the very real victims of the Salem Witch Trials.

What Were the Salem Witch Trials?

For those wondering what the Salem Witch Trials were, well, back in 1692 in puritanical Massachusetts, there were a series of arrests and prosecutions trying to figure out whether a group of around two hundred people were witches or not. The hearings ultimately led to 19 innocent people being hung, five being imprisoned, and one man being crushed to death.

In short, many innocent folks were brutally murdered at the hands of a bunch of puritanical witch hunters.

What Are the Similarities Between the Salem Witch Trials and Hocus Pocus?

Of course, the first clear similarity is that Hocus Pocus is set in a town called Salem.

Next, the names of the three witches – Sarah, Winifred, and Mary Sanderson – are allegedly based on real victims of the Salem Witch Trials.

In addition, right at the beginning of the film, when the three antagonists are hung for using witchcraft, this can be interpreted as being loosely based on true events as many so-called “witches” were hung during the Salem Witch Trials.

So, there you have it. We hope this helped to clue you in on whether or not Hocus Pocus is based on a true story. For more, check out these 8 upcoming Disney films and shows to keep on your radar, including the much-anticipated sequel to Hocus Pocus. And as always, feel free to peruse the relevant links down below.