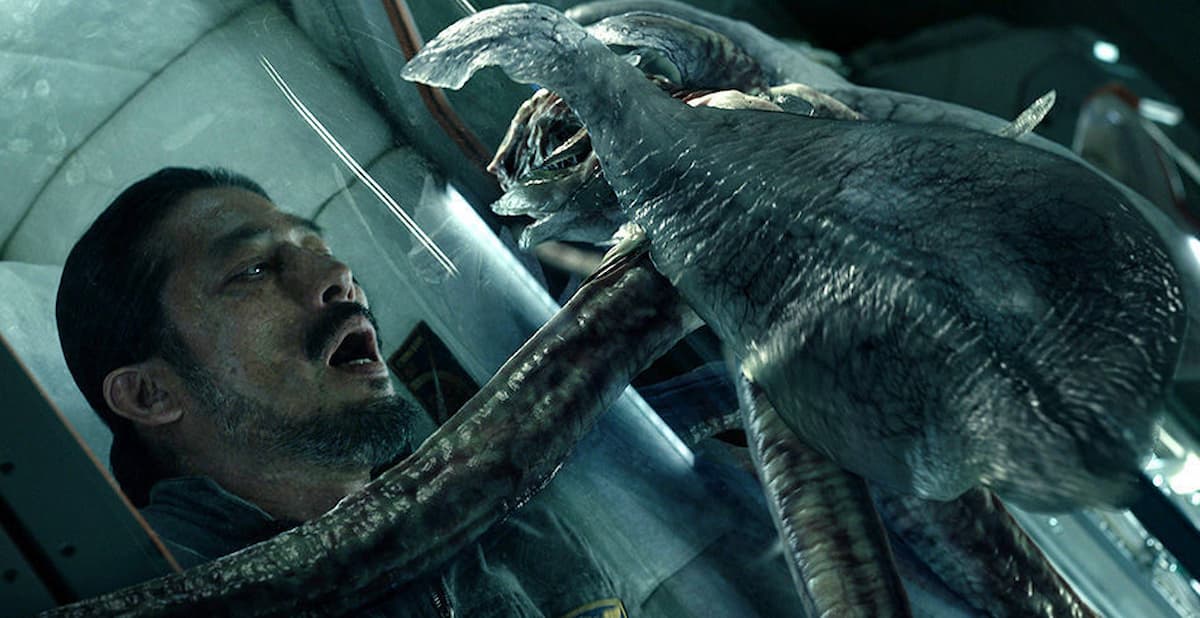 If you’re hankering for a super fun sci-fi horror thrill-ride, then Hulu seems to be the place to go right now. And no, we’re not talking about Dan Trachtenberg’s excellent Predator prequel, Prey. (If you’ve not watched that yet, we’d definitely recommend checking that one out, too!) Instead, we’re centering our crosshairs on 2017’s Life, which has managed to nab fourth spot on the Top 10 most watched movies on Hulu right now, per FlixPatrol.

With a star-studded cast comprising of Donnie Darko’s Jake Gyllenhaal, Deadpool’s Ryan Reynolds, The Greatest Showman’s Rebecca Ferguson, and Sunshine’s Hiroyuki Sanada, Life is ostensibly a really cool blend of Alien, Sunshine, and Gravity, with a big emphasis on the former. In fact, I’d go as far as docking a few points for how brazenly Life emulates Ridley Scott’s 1979 classic. Nevertheless, there’s still plenty of fun to be gleaned from this tense sci-fi thriller.

Directed by Swedish filmmaker Daniel Espinoza, who would go on to direct the critical and commercial flop known as Morbius earlier this year, and written by Zombieland and Deadpool scribes Rhett Rheese and Paul Wernick, Life is an entertaining romp that is only hamstrung by how closely it resembles its far superior inspiration.

Over on Rotten Tomatoes, Life boasts a solid 67 percent Critical Score and a 54 percent Audience Score, with critics largely praising the pic’s atmosphere and acting, while taking potshots at its hackneyed plot and general feeling of been-there-done-that. Still, if you’re in the mood for an experience like Alien or Prometheus, you could do worse than watch this entertaining piece of sci-fi spectacle.

But tell us, what say you? Have you seen Life yet? And did you enjoy it? Don your spacesuits and let us know in the usual place down below.