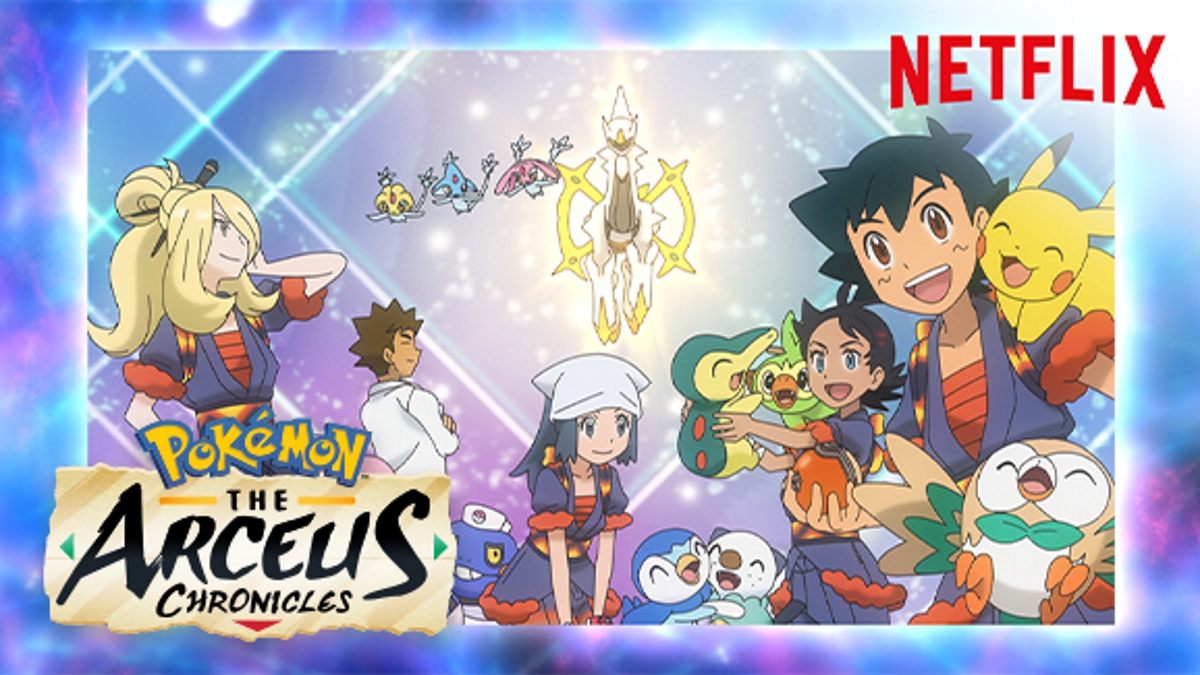 It was announced this morning that a brand new Pokemon special will be coming to Netflix next month. It’s called The Arceus Chronicles, and it’s loosely based on the most recently released game in the series, Pokemon Legends: Arceus.

The special follows Ash along with friends Goh, Dawn, and Brock as they try to save the Sinnoh region. The team receives a message from the Mythical Pokemon Arceus itself, and they travel to Mount Coronet to investigate what is going on with a Legendary Pokemon that has begun a rampage.

Of course, the ones responsible for the mess are none other than Team Galactic members, the foes that Ash and friends had previously taken down. It’s up to Ash and his crew to help save Sinnoh from Team Galactic’s nefarious plans once again.

It looks like many of the ancient Sinnoh Pokemon from the region Hisui make an appearance, such as Hisuian Growlithe, Hisuian Braviary, Wyrdeer, and Basculegion. It’s possible that even more of the new Pokemon from Pokemon Legends: Arceus will appear.

Here is the full description of the special from the official Pokemon website:

When Ash, Pikachu, and friends receive a mysterious message from the Mythical Pokémon Arceus, they meet up with their old friend Brock and head to Mount Coronet to investigate. There, they find a rampaging Heatran and the group responsible—Team Galactic, previously thought to be dismantled. The team’s commanders are determined to find their missing leader by opening a gate between dimensions. With a trio of Legendary Pokémon and Sinnoh Champion Cynthia on their side, our heroes have a lot of help, but they’ll need all they can get to save Sinnoh!

The Arceus Chronicles is set to premiere for a live audience at the 2022 Pokemon World Championships in London this month on August 19 before becoming available to stream on Netflix on September 23.

You can watch the official announcement trailer for The Arceus Chronicles below.

When Does The Arceus Chronicles Come Out on Netflix?

The Arceus Chronicles will be available to stream on Netflix starting on September 23, 2022.

Attendees of the 2022 Pokemon World Championships in London will have the opportunity to watch the premiere of this special on August 19. Everyone else, though, will have to wait until the Netflix launch next month.

While you wait, you can check out the latest information on the upcoming games Pokemon Scarlet and Violet, which we just learned new details about last week.