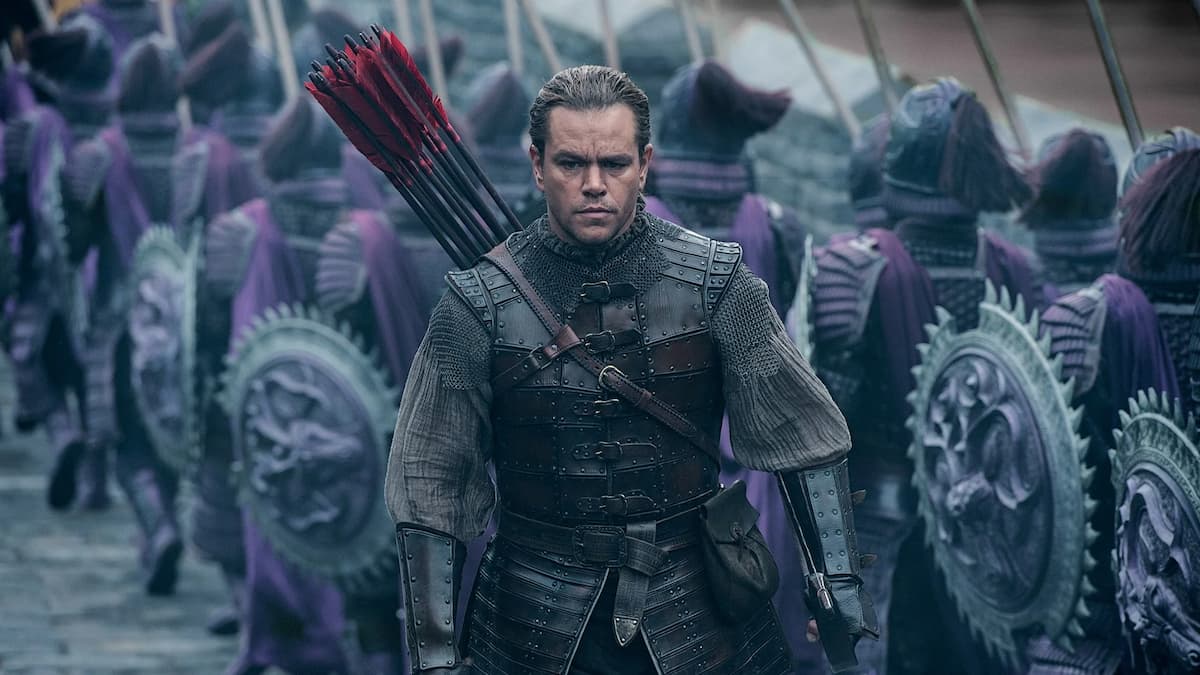 With the advent of streaming services, it’s always great to see films that didn’t quite get a fair shake during their initial theatrical release rise like a phoenix from the ashes and go on to find success with the masses. While we’ve had terrific pics like Life, The Mist, and Jumanji surging back to the top of streaming services for one last hurrah, not every movie that rockets to the top is a surefire hit.

Case in point: a certain fantasy-action pic that sees Matt Damon battling ancient monsters has slayed its way to the sixth spot on Netflix’s most-watched charts, according to FlixPatrol. The specific film in question is 2017’s The Great Wall, which has come out of nowhere and managed to crack the streaming giant’s Top 10 charts today.

The Great Wall’s narrative centers on a mercenary for hire named William Garin (Damon) who gets imprisoned in China’s historic landmark in the 11th century. While the famous fortification withstands a myriad of monstrosities hellbent on bringing an end to the human race, Garin soon becomes embroiled in an epic war against a mysterious threat and must join forces with his captors in a bid to bring peace to the region.

Critically, The Great Wall didn’t do very well at all. Over on Rotten Tomatoes, the fantasy-action flick holds a pretty disastrous 35 percent Critical Score and a less-than-ideal 42 percent Audience Score. Additionally, the film was sadly deemed a box office failure due to its massive aforementioned budget, sky-high marketing costs, and its middling box office numbers. Ouch!

Still, despite all that, there still may be some fun to be gleaned from this box office flop, especially if you’re in the mood for a fantasy movie that pits Matt Damon vs. a bunch of ancient monstrosities.

But what say you, though? Tell us, have you checked out The Great Wall yet? And what did you think of it? Avoid those pesky monsters and let us know in the usual place down below.