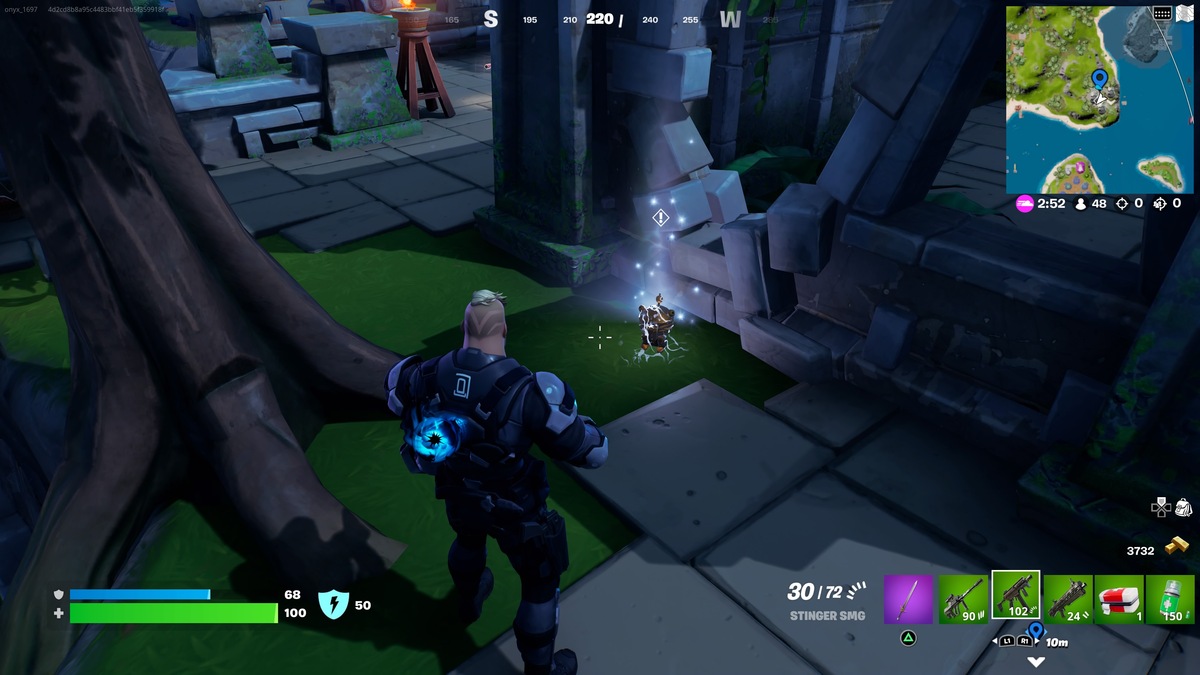 The Indiana Jones quests have finally dropped and one of the quests asks you to “find the Durrrburger Relic in The Temple and The Ruins in a single match” of Fortnite Chapter 3 Season 3. If you aren’t sure how or where to find the relic, here’s everything you need to know.

After a month-long wait, players can finally get their hands on all the Indiana Jones cosmetics by completing specific quests. Among all the Indiana Jones, one requires you to visit both the Temple and the Ruins in search of the Durrrburger Relic. You will need to find and collect the relic by visiting the said locations in a single match, meaning if you die without collecting both the relics, you will need to start all over.

For the first Durrrburger Relic, you will need to make your way to The Temple.

Simply land on the north building where the Sunbird NPC will be strolling on the platform. Make your way inside and you should see the glowing Durrrburger Relic on the ground.

Now, collect the relic by interacting with the item.

Once you have collected the relic, head over to the Ruins for the second Durrrburger Relic.

You can take the zipline next to the building where you collected the relic or walk the way since it’s just 300 meters apart. Upon reaching the Ruins, go to the pin location marked on the map below.

The Durrrburger Relic will be next to a broken wall and a tree. Collect the relic and voila you have completed the quest.

You will be rewarded with an Indiana Jones Expedition Bag for all your troubles. This is just the first stage and to unlock the Indiana Jones skin, players will need to complete a total of four quests. These aren’t that hard and it won’t take much time to breeze through the challenges. And that about does it for where to find the Durrrburger Relic in The Temple & The Ruins in Fortnite Chapter 3 Season 3. We’ve also got you covered on where to find the secret door past the main chamber in Shuffled Shrines; another of the Indiana Jones quests.