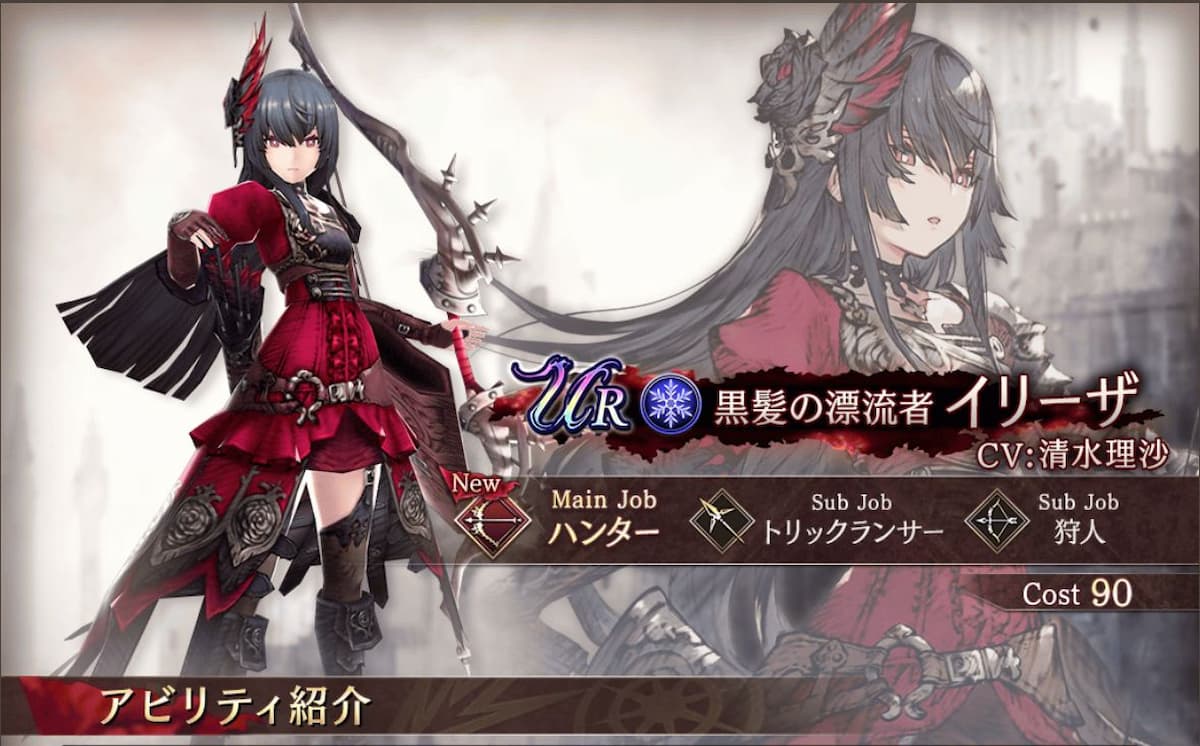 It’s shaping up to be a somewhat quieter week for War of the Visions, though there’s still plenty of new content to look forward to on Wednesday. The big headlining feature is the release of Eliza, a new Ice-based UR unit, as well as Ranell, a free Dark MR unit that players will be able to get through acquisition quests.

First off, here’s a sneak peek at her kit:

Eliza will be a 90-cost unit and she’ll be added to the general pool after her featured banner this week, so everyone will have a decent shot at getting her eventually just by doing summons. She’ll have the Hunter main job, with Ranger and Trick Lancer as her sub jobs.

In addition to that, we’re also getting Ranell, and here’s what her kit looks like:

Her main job is the Operative, which is what we got with Ildyra (Sweetheart) as well, with Pugilist and Sniper as her sub jobs. Both characters will be released in War of the Visions this Wednesday.

There are also a few minor updates coming to the game soon, including Guild Battle Proxy Play. Essentially, what this means is that if a Guild Member registers for Proxy Play in advance, their Guild Leader or Sub Leader will be able to control their attack party for them during Guild Battles.

This is a really handy feature, especially for players who can’t necessarily commit to attending Guild Battles each day, and will at least help to even the playing field between Guilds.