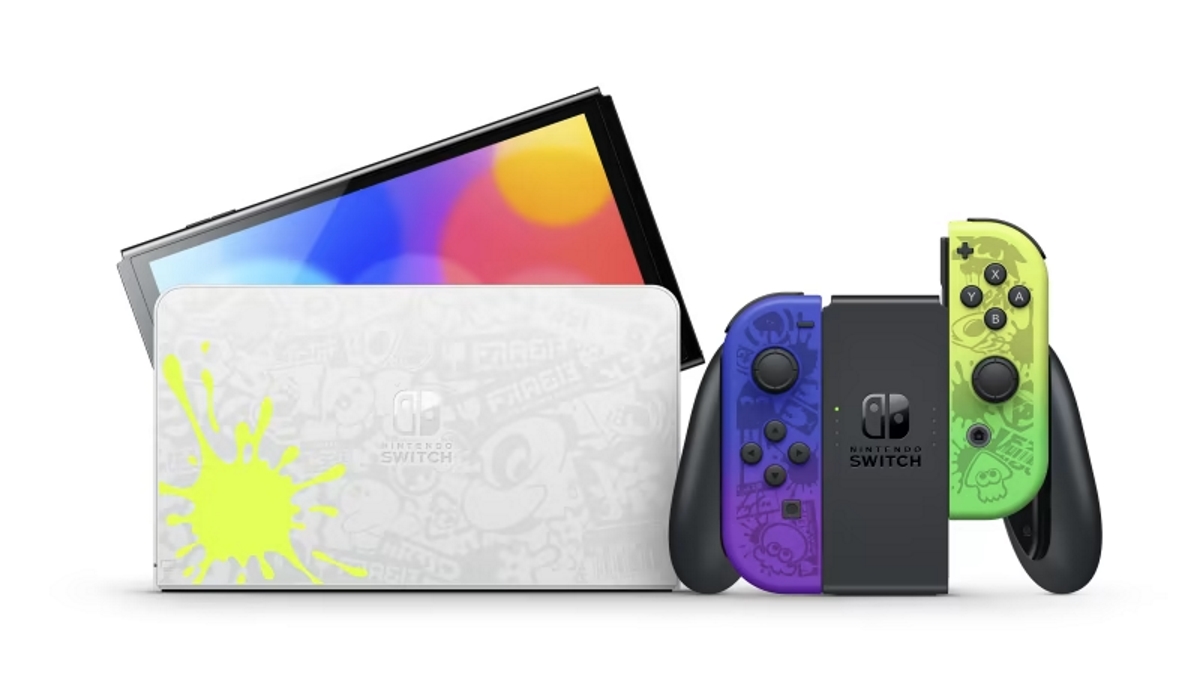 Nintendo has just announced that a brand new OLED model of the Nintendo Switch is releasing later this summer. A special edition for the upcoming game Splatoon 3 will launch on August 26.

This is the first special edition of the Nintendo Switch OLED model, the variety of Switch that made its debut last year. It features a larger screen, LAN port, and other features.

You can see what the Nintendo Switch OLED Splatoon 3 Edition looks like below, with beautiful gradient Joy-Con and a white dock with subtle ink splashes.

A special Splatoon 3 Nintendo Switch Pro controller and carrying case were also announced, both releasing on September 9 alongside the game. You can see those designs below as well.

And here are some additional photos of the new hardware courtesy of Splatoon France:

This is the second Nintendo Switch Pro Controller design with a Splatoon theme, and will be priced at $74.99.

You can read more about it on Nintendo’s official website right here.