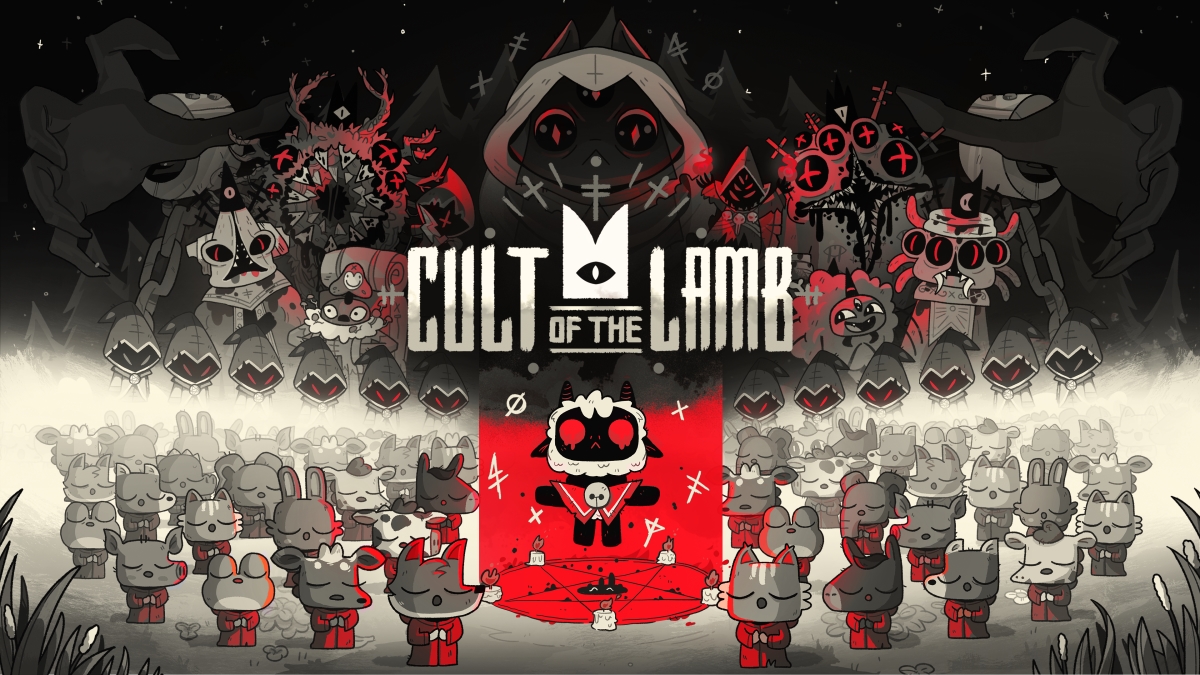 Prospective cultists will enjoy the latest trailer released by Devolver Digital today for the upcoming indie Cult of the Lamb. The trailer introduces several of the woodland friends you will meet early in your journey of the game.

The first helpful friend introduced in the trailer is Ratau, who was once a vessel for the red crown. He serves as a guide and mentor. Next is Clauneck, keeper of the tarot cards that guide you. You can meet with him to choose between two tarot cards to aid you in your quest.

Another character introduced in the trailer is Kudaai, a friend who supplies you with weapons and curses you can use to fight. Next up is Helob, a spider who traps unsuspecting animals to sell to the highest bidder; you can recruit them to your cult if you wish.

Finally, we are introduced to the Fisherman who shows you the way to Pilgrim’s Passage. He asks you to fish the beasts of the deep and will reward you greatly. The trailer emphasizes that he is definitely a man, and definitely not a fish.

These are just some of the many characters you will encounter throughout Cult of the Lamb. If you aren’t familiar with the game, the concept involves starting your very own cult of adorable animals in a world where false prophets try to stop you. It’s up to you to build your loyal group of worshippers and spread the word of your cult.

Cult of the Lamb releases on August 11 for PS5, PS4, Xbox Series X/S, Xbox One, Nintendo Switch, and PC. You can watch the new character trailer below.