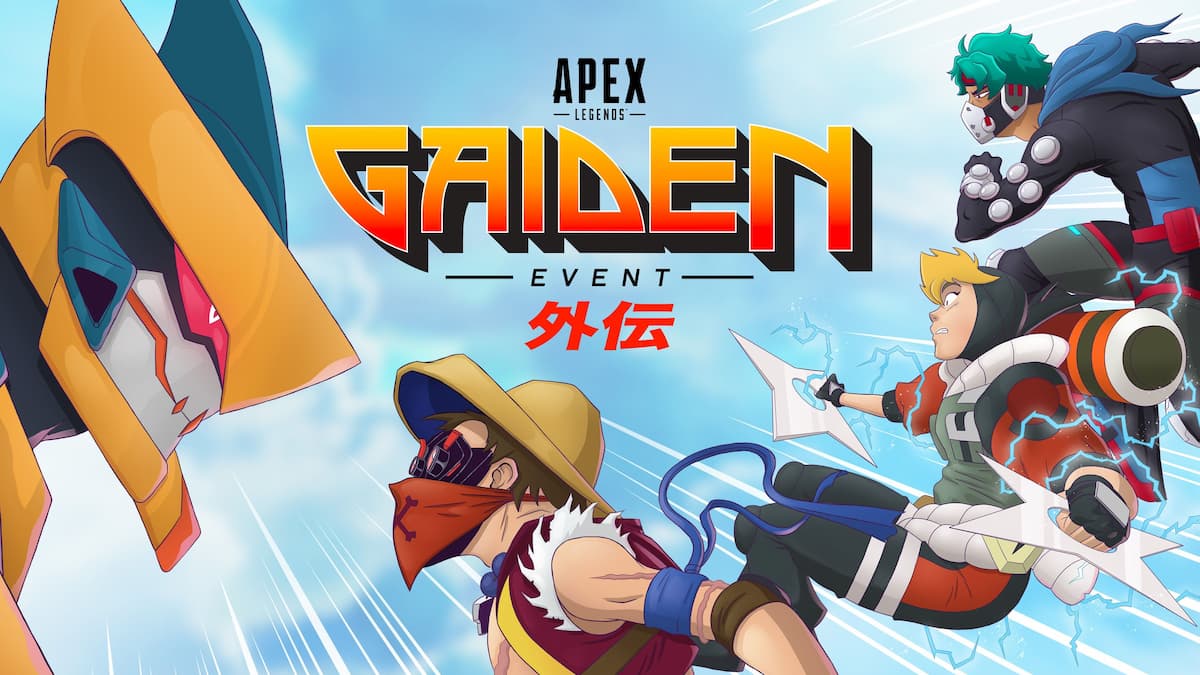 Apex Legends’ highly anticipated anime-themed Gaiden event has officially been announced for next week. The event is set to commence on July 19, before the end of Season 13, and will trickle in a plethora of event-exclusive cosmetic items. Besides this, the popular Armed and Dangerous gameplay mode is also set to return for the duration of the event.

The Gaiden event takes inspiration from various anime series and their wide range of characters. Players will be able to nab 40 different anime-themed cosmetics for their favorite legends. For an early sneak peek, Respawn has revealed the legendary skins for Revenant, Mirage, Octane, and Wattson.

Alongside this, there will be an exclusive Gaiden Flash event, divided into two different phases. The first phase of the event will begin on July 19 and continue for a week. During this time, players can grab Fuse’s Down Thunder Epic Skin, Bionic Buddy Gun Charm, and Epic 3030 “Cloudburst” Skin.

The second phase is set to begin on July 26 and will feature the OK Holospray, 1 Gaiden Event Pack, and 1 Apex Pack. While the Gaiden Flash events are underway, you can complete time-limited challenges to unlock rewards.

If you weren’t aware of Apex Legends’ Armed and Dangerous mode, it is a limited-time game mode first made available during the Voidwalker event on Kings Canyon. In this mode, the weapon pool is limited to snipers and shotguns, and generally, they’re pretty rare to find.

Armed and Dangerous will be made available on July 19 with World’s Edge, Olympus, and Storm Point as the map rotation.

Finally, the Gaiden event will feature a profusion of jaw-dropping deals on bundles and cosmetic items. So make sure to check them out under the Special Offers tab.