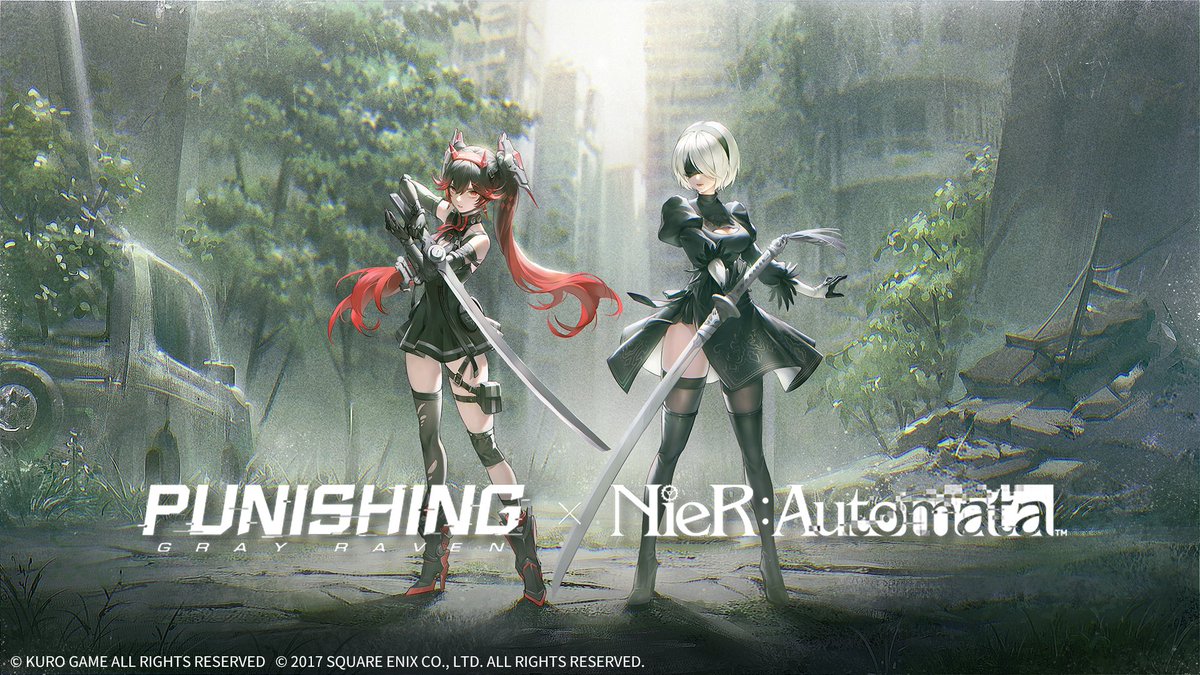 Developed by Kuro Games, Punishing: Gray Raven is an action-RPG gacha game that’s garnered quite a bit of popularity in the community. Kuro Games also recently announced Wuthering Waves, an MMORPG with similar action combat elements, so folks who are waiting for that game might be interested in checking out PGR in the meantime.

The developers have just announced that Punishing: Gray Raven will be getting a NieR: Automata collaboration event next month, adding 2B, A2, and 9S to the roster. 2B will only be obtainable through the gacha system, while 9S will be handed out as a free unit when players log in. In addition to that, A2 can be obtained through the collaboration event itself, where players will be able to grind out event currency to purchase her.

The next update, titled Untold Naraka, will feature an original story that crosses over with the NieR universe, and will likely coincide with the game’s first year anniversary event during the week of July 4.