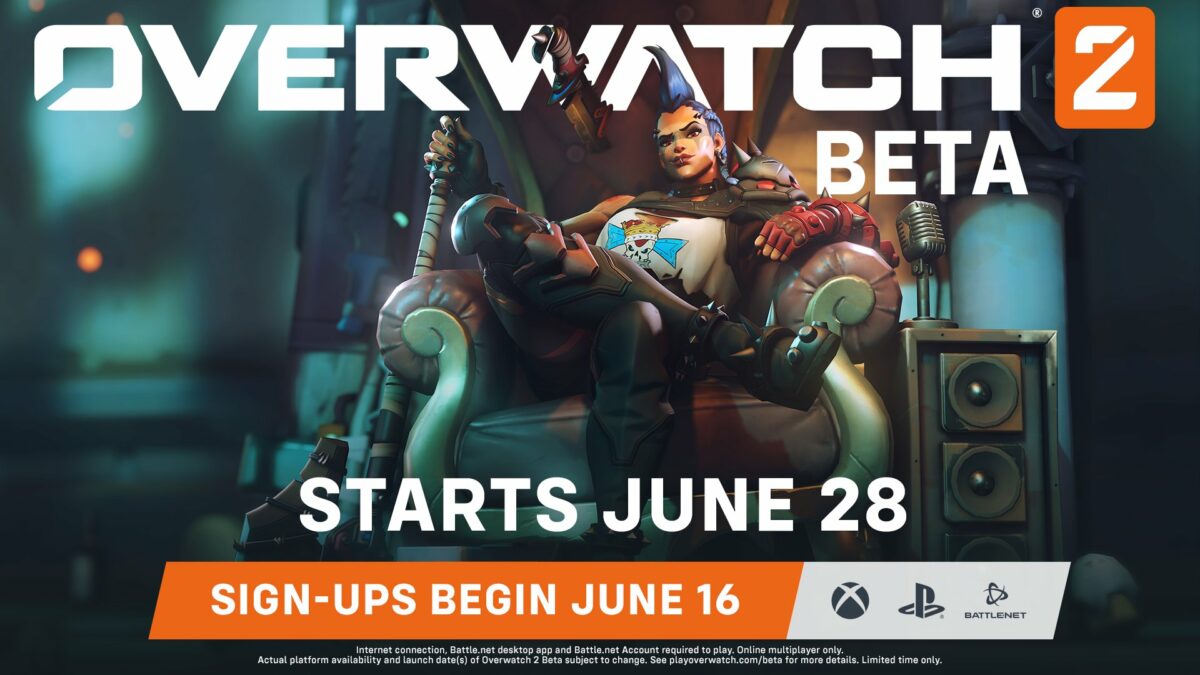 Today, Activision Blizzard revealed that the beta for their highly anticipated sequel, Overwatch 2, would be arriving later this month. According to the tweet that announced this news, the exact release date is going to be June 28, 2022.

Alongside the news that the beta was coming, a brand new map and hero were also revealed to be a part of the beta. While there isn’t a name for the new map yet, the hero is called Junker Queen, who was the main character of the recent release trailer for Overwatch 2.

This is the second such chance to play Overwatch 2 for fans, as the beta follows the closed alpha test that was held back in late April. That test was so popular, that it actually saw the series break its peak viewership record on Twitch.

Currently, there is still no information that has been shown regarding the single-player portion of the game. More info on multiplayer is coming later this week though, as sign-ups for the Overwatch 2 beta a and a lot more will be revealed on June 16, 2022.

Be sure to keep an eye out for how you’ll be able to get in on the action by checking back to Twinfinite this Thursday. While you’re here, we’ve also got plenty of other great Overwatch 2-related content down below. That includes lots of features, news, and guides that fans of the series will surely love.