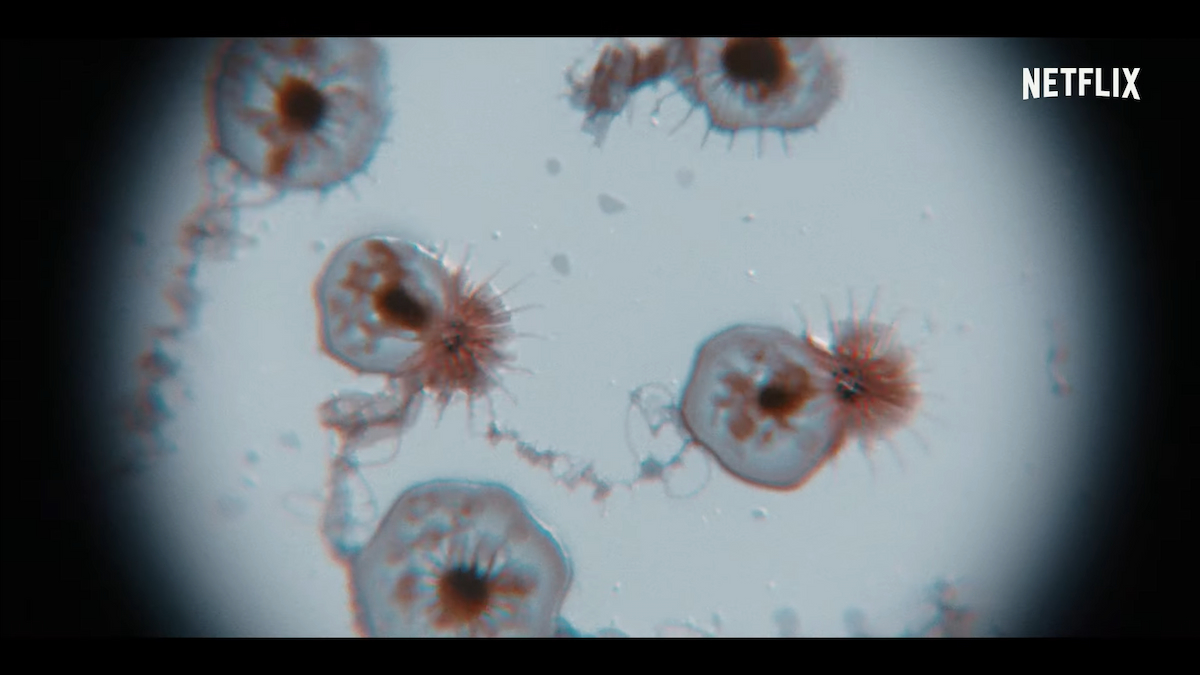 An official trailer for the Resident Evil series on Netflix has dropped, showing off a futuristic dystopia. It is unknown exactly how much of Umbrella’s history the show considers canon, because the trailer mentions Umbrella has been “besieged by scandal.” While Umbrella has always been masterful in the art of spinning things, it seems we won’t know the whole truth until the series is available to binge on July 14.

It seems this new zombie apocalypse kicks off because Umbrella accidentally laces some sort of medicine with the T-Virus. Not really sure how that is something you accidentally do, but they have always seemed like a purposefully inept company in the games, so it still fits.

The only truly Resident Evil monster than the trailer shows off is a Licker, so it seems possible that there might be other classic Resident Evil big bads spread across the season.

This hasn’t been the only Resident Evil news to come out recently, either. Just last week during the PlayStation State of Play, the Resident Evil 4 remake was officially announced to be coming in March of 2023. On top of that, Resident Evil Village will be getting a PSVR2 release, just like how Resident Evil 7 was on the first PSVR.