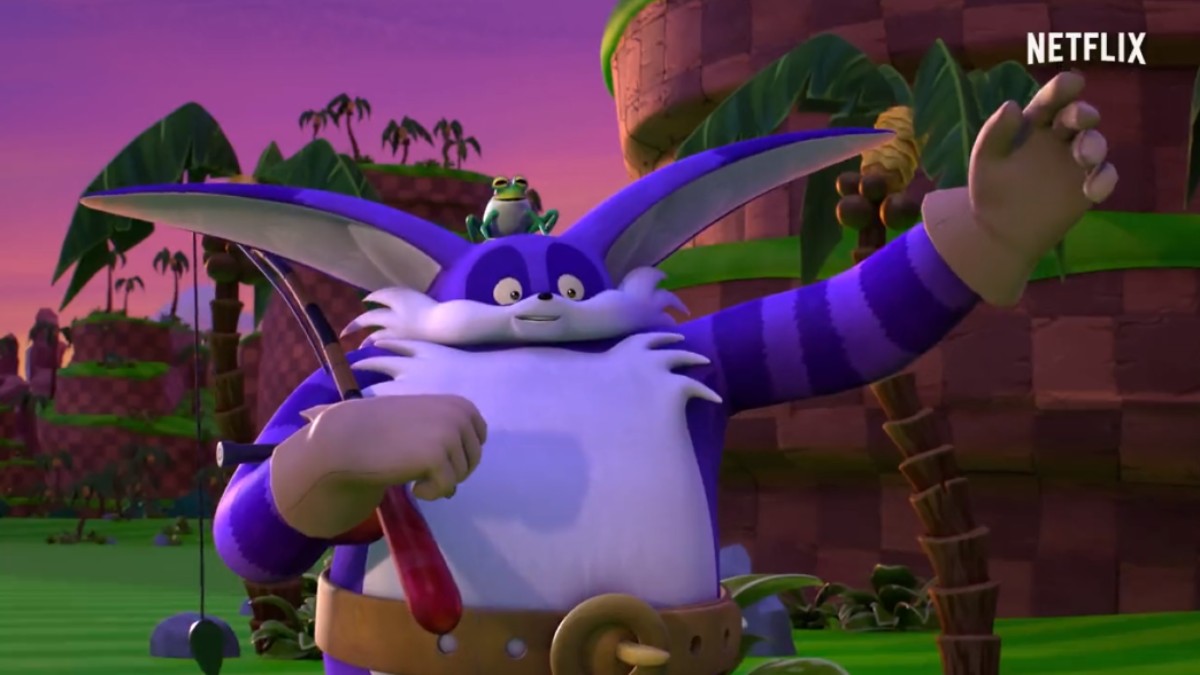 Today, at Netflix’s Geeked Week, SEGA unveiled the first look at two fan-favorite characters that will be in the upcoming Sonic Prime animated series. That is right; Big the Cat and Froggy have arrived!

You can check out this short but sweet clip of the two characters right down below:

Unfortunately, the clip didn’t provide much new information on the series, other than that these two characters will indeed be in it. Anyone interested in hearing a bit more about Sonic Prime can check out a brief description of the upcoming series, located right down below:

The 24-episode animated adventure for kids, families, and long-time fans draws upon the keystones of the brand and features the “Blue Blur” of video game fame in a high-octane adventure where the fate of a strange new multiverse rests in his gloved hands. Sonic’s adventure is about more than a race to save the universe, it’s a journey of self-discovery and redemption.

Netflix revealed Sonic Prime back in Feb. 2021, but no exact release date has been slated as of yet, except that it will come out this year. We’ll be sure to update you as more details become available leading up to its release.