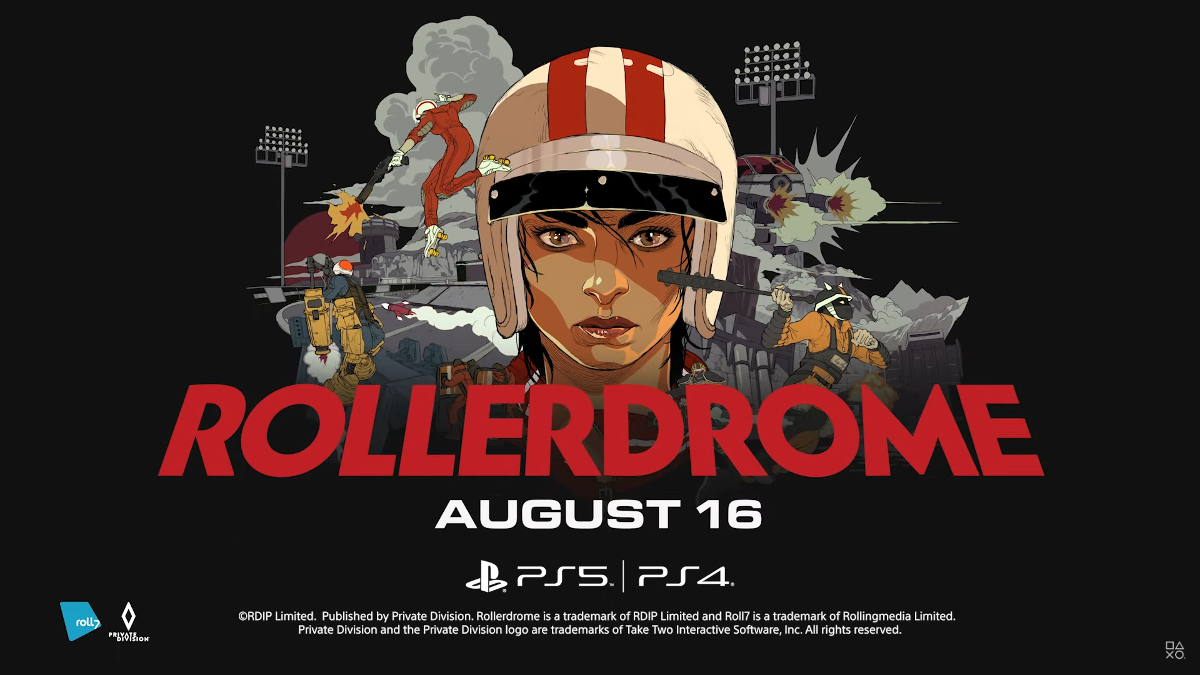 One of the surprise indie titles that turned heads at Sony’s State of Play today was Rollerdrome, which is coming digitally to PS4, PS5, and PC on Aug. 16, 2022. The game is a single-player third-person action shooter that blends pulling off fluid tricks and flips across a skating arena with adrenaline-pumping gunplay combat.

Developed by Roll7, Rollerdrome is right up the alley for any Jet Set Radio fans looking to feel the void. The game is set in 2030, where corporate overlords reign supreme and “the lines between reality and performance are blurred.” The public is oblivious to the dark secrets of the corporations since everyone’s eyes are on the violent new blood sport: Rollerdrome. Become the champion of the vicious sport and unravel the true intentions of the corporations.

Gameplay boils down to dominating the skate arena by grinding or sliding around through fast and sometimes slow-motion visceral combat. If players can land kills, they can get some health back and by sticking the landings for tricks, gun ammunition will get refilled. With a banger original soundtrack and a colorful comic-book art style, Rollerdrome seems to be a sick title to keep eyes on for those looking for a fun ride.

Be sure to check the Twinfinite home page for more coverage on all the games coming out of Sony’s State of Play.