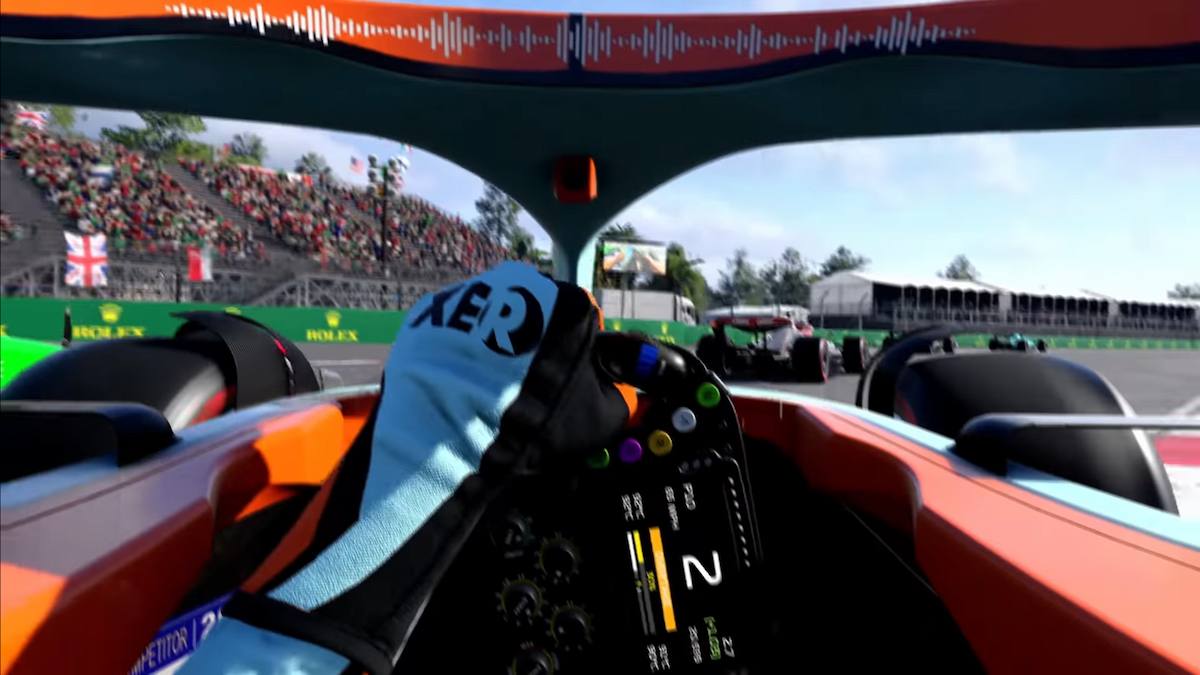 A new trailer for upcoming racing game F1 22 brings plenty of looks at new gameplay features that players can expect from the title. Perhaps the biggest headliner is the promise of “new handling,” so players who have played previous F1 iterations might have to relearn the vehicles.

You can see the video here and below:

For those who maybe aren’t much of a circuit racer, there will be an “F1 Sprint” mode to look forward to. Perhaps the most immersive thing seen in the trailer is that you will be able to enter pit stops still in the first-person perspective. Not only that but there will be the possibility of “pit stop errors.” Long-time fans can expect circuit updates to Abu Dhabi, Australia, and Spain.

F1 22 doesn’t have to be a solitary experience either considering the game includes both “single and two player” career mode. It seems that multiplayer will be available in both split-screen and network, so you don’t have to be right next to a friend to journey through the F1 22 career with them.

On top of gameplay there will be what looks to be a pretty in-depth character creator where you can edit and wear the gear of your Formula 1 dreams.