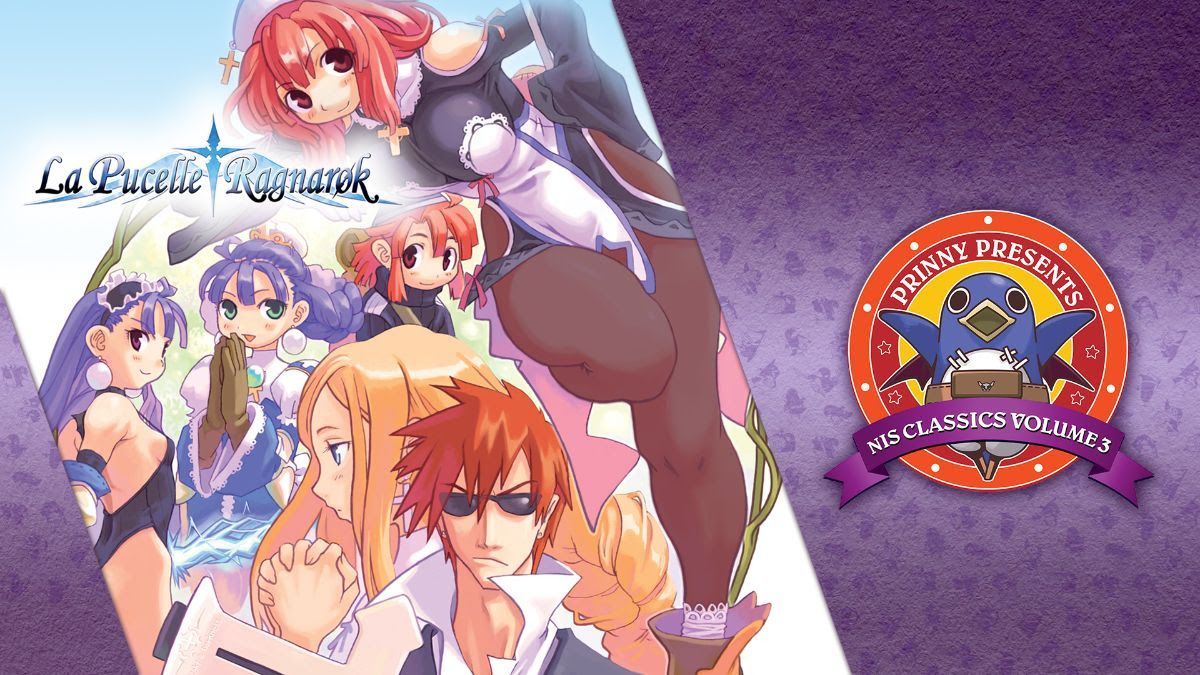 It’ll also release on PC via Steam, but the game will be sold separately.

You can watch the new trailer below, focusing on a Pucelle: Ragnarok.

If you’re unfamiliar with a La Pucelle: Ragnarok, here’s how NIS describes the game:

Experience a part of NIS history with this tactical RPG! Prier and her brother Culotte are novices with the demon-hunting organization, La Pucelle. They’ve just passed their final exams and are ready to do real work fighting demons and zombies, but quickly find themselves embroiled in a series of plots orchestrated by a rival church with dark intentions.

Discover the world of La Pucelle: Ragnarok as it makes its North American debut. La Pucelle is back with tons of new content including the Overlord Prier scenario. Engage in isometric tactical combat, use the power of the Goddess to close portals to the Dark World and stop the flow of Dark Energy, and convert monsters to fight on your side–you can also recruit Laharl, Etna, Flonne, and Prinny to join your adventures. Extra DLC characters such as Rozalin, Cornet, Hero Prinny, and Ellie are included as well.

In addition to quality of life changes to the flow of the game, such as skipping cutscenes and rotating the camera during battle, there are also more voiced lines, more music, and a new quick travel feature!

And here is a description for Rhapsody: A Musical Adventure.

Explore the roots of the Disgaea series with the strategy RPG Rhapsody: A Musical Adventure! Play as a young girl named Cornet who has the power to communicate with puppets, and join her to fulfill her dream of meeting her “prince charming”. But all isn’t well in the kingdom with the evil Marjorly around!

Rhapsody features many original songs and interludes throughout the game. Colorfully illustrated anime characters and backgrounds as well as an intuitive, isometric battle system and multiple difficulty levels offer something for new players and veteran role-play gamers alike. Dive in and discover the love and music!

Gain the advantage in combat with features such as Cornet’s horn, which allows you to enhance your puppets while bestowing Appreciation Points. Once a puppet earns enough Appreciation Points, they’ll gain access to special Rewards that have a variety of powerful effects! Additionally, each character (and enemy) has an elemental affinity which grants them a unique set of spells. Use these spells in combination with other characters’ elemental abilities to exploit your enemies’ vulnerabilities. But remember, every element has its own weakness!