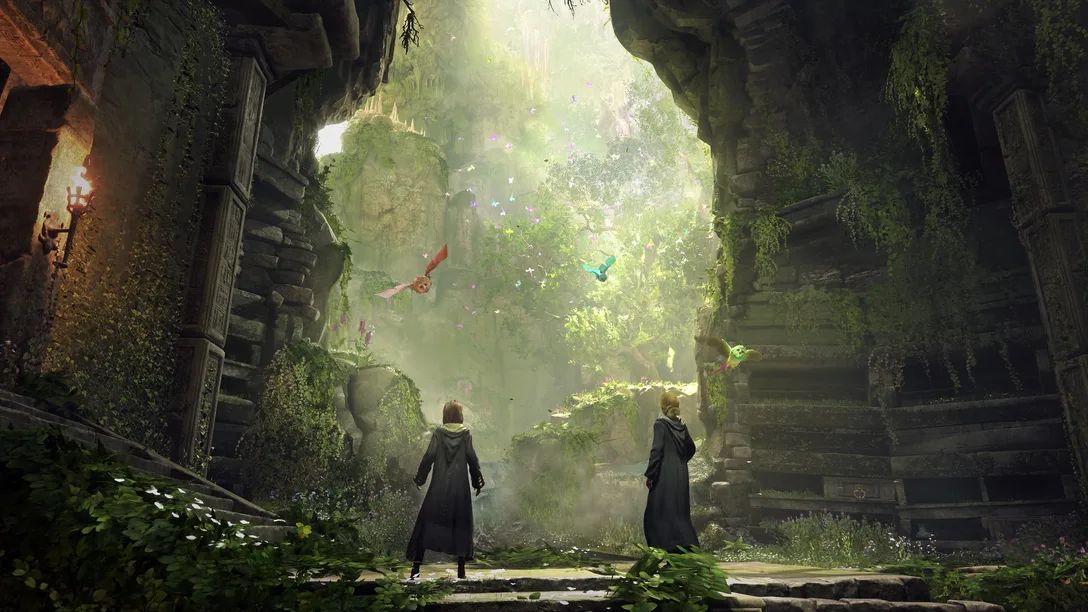 The trailer focuses on PS5-specific features, including the ability to display your house’s color in the DualSense’s lightbar, the adaptive triggers that make every spell feel “unique” when you cast them thanks to their haptic feedback, on top of other events that will be associated with specific feelings at the player’s fingertips.

The game’s visuals will be displayed in 4K resolution, but you’ll be able to choose between “fidelity” and “performance” modes.

The Tempest 3D AudioTech will work together with the built-in speaker of the DualSense to create an immersive soundscape, while the SSD will grant fast loading times. The Activity Cards and Game Help features will also be supported.

“Hogwarts Legacy is an immersive, open-world action RPG set in the world first introduced in the Harry Potter books.

Embark on a journey through familiar and new locations as you explore and discover fantastic beasts, customize your character and craft potions, master spell casting, upgrade talents and become the wizard you want to be.

Experience Hogwarts in the 1800s. Your character is a student who holds the key to an ancient secret that threatens to tear the wizarding world apart. Discover the feeling of living at Hogwarts as you make allies, battle Dark Wizards and ultimately decide the fate of the wizarding world.

Your legacy is what you make of it. Live the Unwritten.”