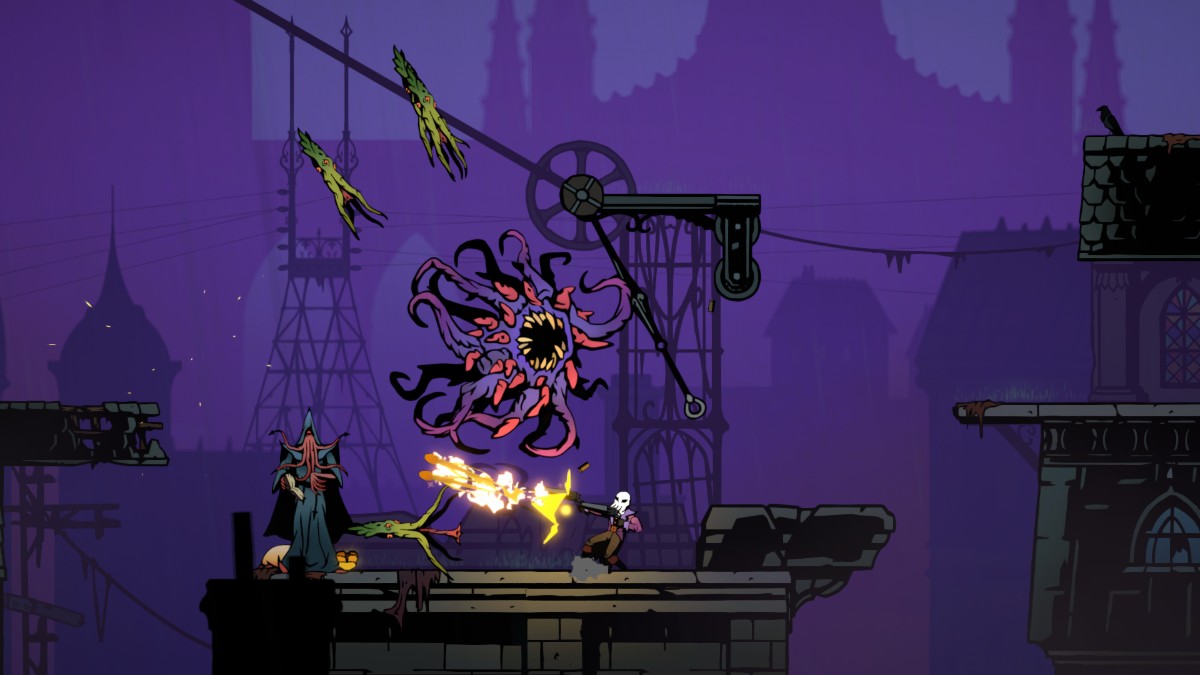 Ever wanted to fight Cthulu in a fast-paced rogue-lite shooter? That is exactly what developer Overflow are bringing to the table with their upcoming title Madshot.

This frantic shooter was revealed earlier today with an official trailer, which also revealed Madshot will enter Steam Early Access on June 9, 2022, at a price point of $19.99. You can check out the early access announcement trailer alongside some features and an official description right down below.

Searching for eternal life, you dabbled in the occult and summoned forces beyond your understanding, forces whose names should never be uttered — and your actions ended with mighty Cthulhu himself swallowing your city whole.

But this odd situation has given you the chance to destroy him from within.

Madshot is a fast-paced, acrobatic, rogue-lite shooter. Survive the ever-changing road through Cthulhu and beyond. Equip endless upgrade combinations as you fight your way through horrific monsters and multi-phased boss battles. You won’t have the same experience twice in Madshot as the game changes with you and every new playthrough brings new surprises!

Anyone that is interested in Madshot can head on over to the official Steam page. There, you’ll find plenty more information, and you can even wishlist the game.