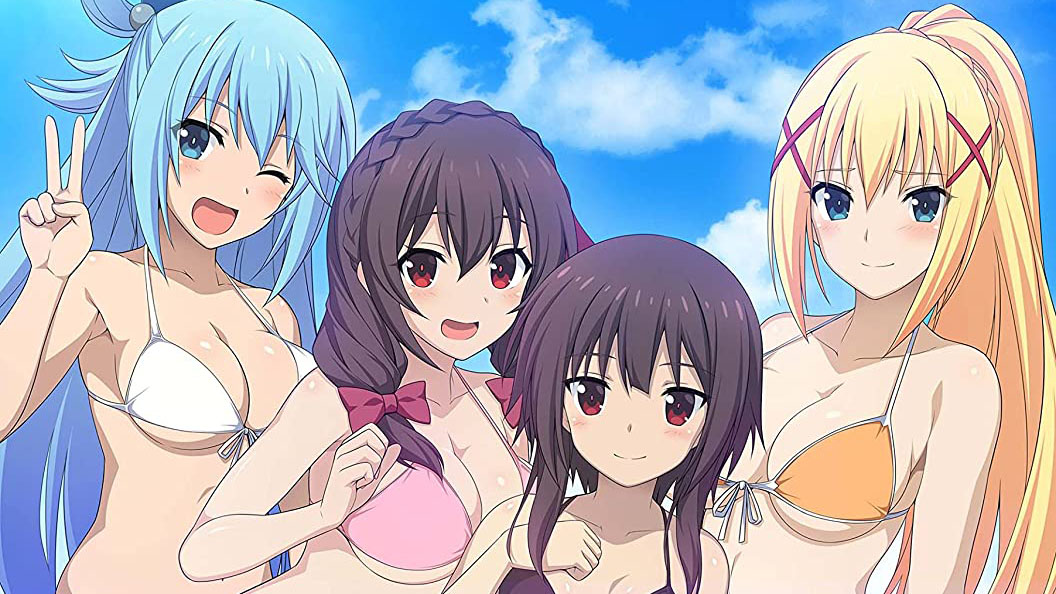 The game, which is titled Kono Subarashii Sekai ni Shukufuku o! ~ Noroi no Ibutsu to Madoishi Boukenshatachi ~, which translates into “Cursed Relics and Clueless Adventurers,” will features some familiar playable characters in addition to those available in its predecessor.

We get to see Dust, Rin, Funifura, and Arue. All of them will be playable.

We also hear about the Limited Collector’s Edition which will include acrylic figures for Megumin and Yunyun, a B2-format tapestry, an original soundtrack, and a “Chinese Dress” costume DLC. It’s priced at 14,278 yen.

Below you can check out art for all the announced characters and the box art for both the standard and Collector’s Editions.

It’ll release in Japan for PS4 and Nintendo Switch on July 28.