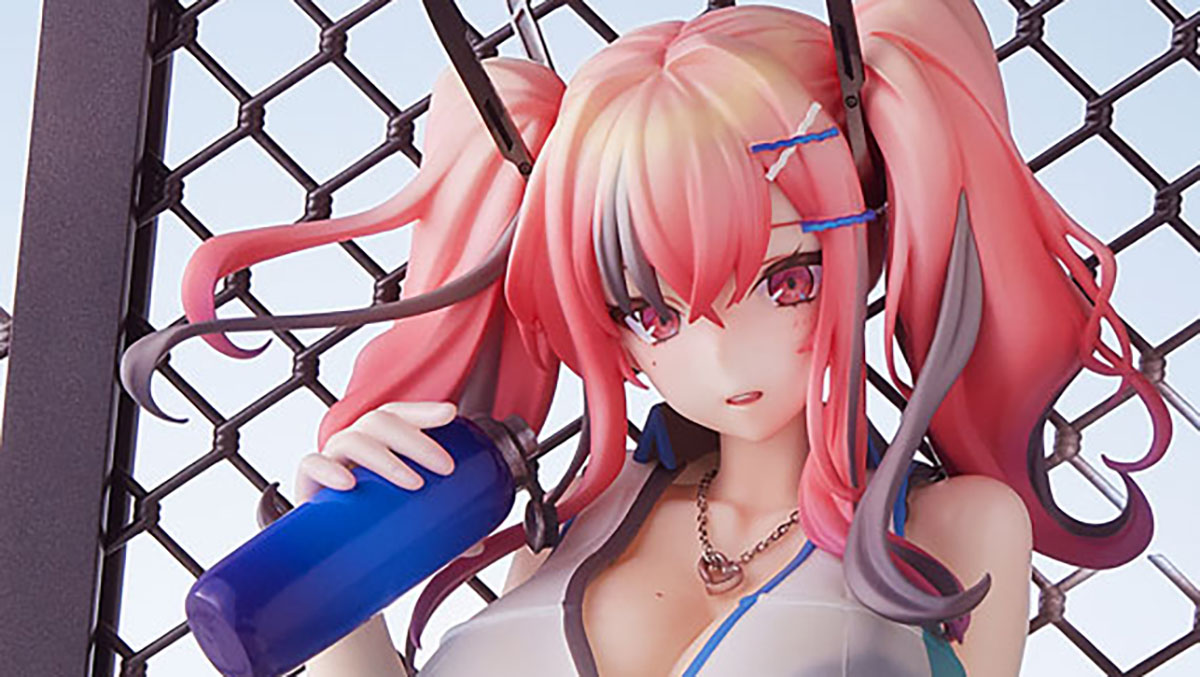 We get a figure portraying Bremerton with her “Scorching-Hot Training” skin.

She’s currently available for pre-order on Ami Ami in a cheaper TF Edition and a pricier one with more accessories priced respectively at 14,600 yen and 18,800 yen, which translate respectively into approximately $120 and $154.

The release window is May 2023 for both editions.

The prototype was sculpted by Yadokari in collaboration with CREAME and painted by Emi Hoshina. The scale is 1/7 for approximately 200 mm in height.