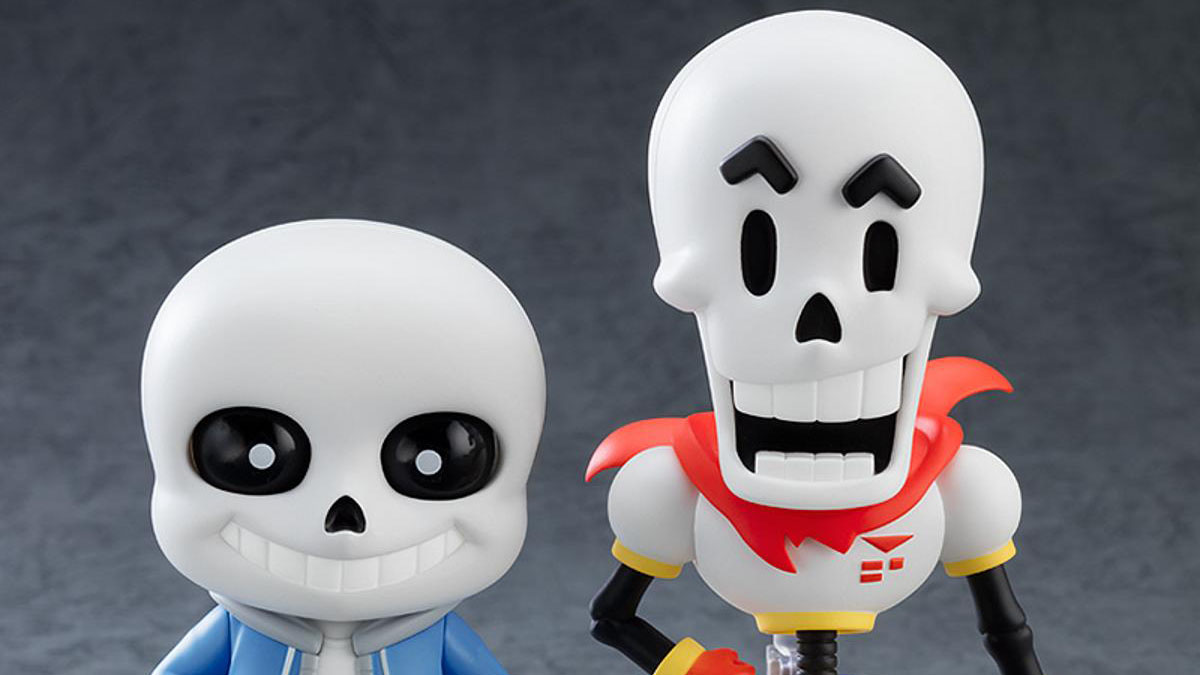 Undertale by Toby Fox is certainly one of the most popular indie games out there, and it’s famous enough that Japanese figure manufacturers have taken notice.

Both will release in November 2022 in Japan or January 2023 in America.

While Sans is 90 mm tall, Papyrus is 115 mm tall, making them respectively slightly shorter and slightly taller than the average 100 mm Nendoroid.

They both come with alternate expressions and accessories.

Below you can check out what they look like and read an official description.

From the popular 2D RPG game UNDERTALE comes a Nendoroid of Sans! This lazy bones has been faithfully created in Nendoroid form, with eyes that can be repositioned so he can look in different directions. Optional parts include a ketchup bottle, hot dog, alternate blue eye parts, and a seated lower body.

From the popular 2D RPG game Undertale comes a Nendoroid of Papyrus! This cool dude has been faithfully created in Nendoroid form, with 3 different face plates and swappable eyebrow parts to express a wide range of emotion. Optional parts include a plate of spaghetti and the blue bone used in his fabled “blue attack”.