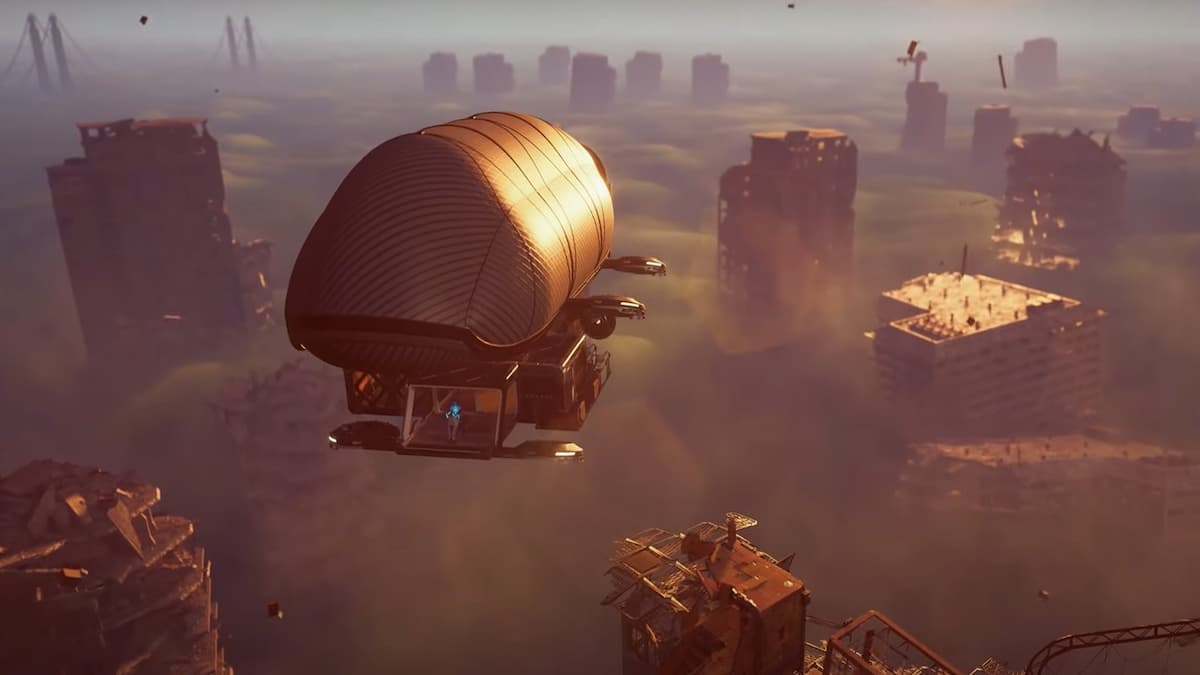 Earlier today during the Future Games Show Spring Showcase, a brand-new gameplay trailer for Far From Home’s Forever Skies was released. This post-apocalyptic sci-fi survival game will be coming to PC later this year.

In Forever Skies you return to a ravaged Earth that looks to be relatively barren. You commandeer an airship that looks like a hyper futuristic blimp. And you can scavenge the ruined cities for materials that can be used for crafting.

We also see a bolt of lightning hit one of the motors of your parked airship during the trailer. It starts glowing red and orange. But it looks like there’s a special type of gun you can use to cool down certain parts of your ship and prevent further damage.

But it may all be for naught once you’re caught in a storm. After repairing the propellor on the airship, we see a message appear in the middle of the screen that reads WARNING COLOSSAL LIFE FORMS DETECTED. We also see a skyscraper collapsing nearby. We never see the life form, but it’s easy to assume it’ll be fairly powerful if it can topple a whole building.

Forever Skies is coming to PC later this year and can be wishlisted on Steam right now. It’s also worth noting that at the end of the trailer text appears at the bottom of the screen that says developed for pc and next-gen consoles. However, there has been no console confirmation at this time.

If you want to check out the full gameplay trailer for Forever Skies, then you can check it out down below.

And if new game reveals are your thing, then there are plenty to check out in the rest of the Future Games Show Spring Showcase which you can watch in its entirety down below.