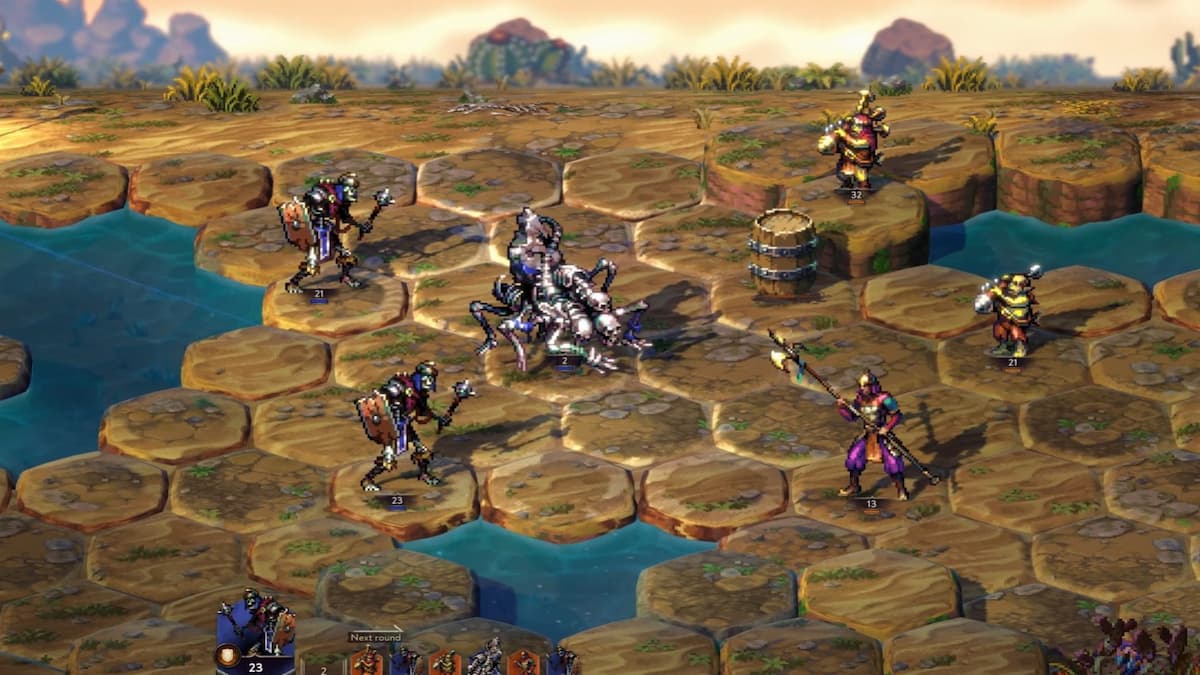 As part of the Future Games Show Spring Showcase, Coffee Stain Publishing and Lavapotion have unveiled their turn-based strategy game, Songs of Conquest, a brand new IP inspired by 90’s classics that will have plenty of magic to share for fans of the genre. The trailer showed off some nice looking pixel art and plenty of action for those looking to dominate the world, with Early Access dated for May 10.

A turn-based strategy game where players can build their kingdoms, explore distant lands and battle for dominance in single-player campaigns, online and local multiplayer or skirmishes, powerful magicians known as the Wielders are at the heart of Songs of Conquest.

In battle, players will take control of a wide range of combat units, with Wielders able to cast destructive spells on their foes or buff allies. Expect to see all sorts of fantasy creatures and beings, with four distinct factions each with their own unique aesthetics, gameplay and hero units. The noble knights of Arleon, the mysterious Barony of Loth, the swamp dwellers that are the Rana tribes, and the mercenaries of Barya.

Songs of Conquest is set for an Early Access launch on May 10, together with a map editor that will give players the tools to create their own adventures and share their creations with others.

“We’ve been working on Songs of Conquest for about five years now, and think it’s time we share it with the community that rallied around us when we first announced it,” said Carl Toftfelt, Lead Game Designer at Lavapotion.

“Early Access will allow us to continue development and collect community feedback on in-game features and future content suggestions at the same time. We also can’t wait to see what our players will create with the map editor!”