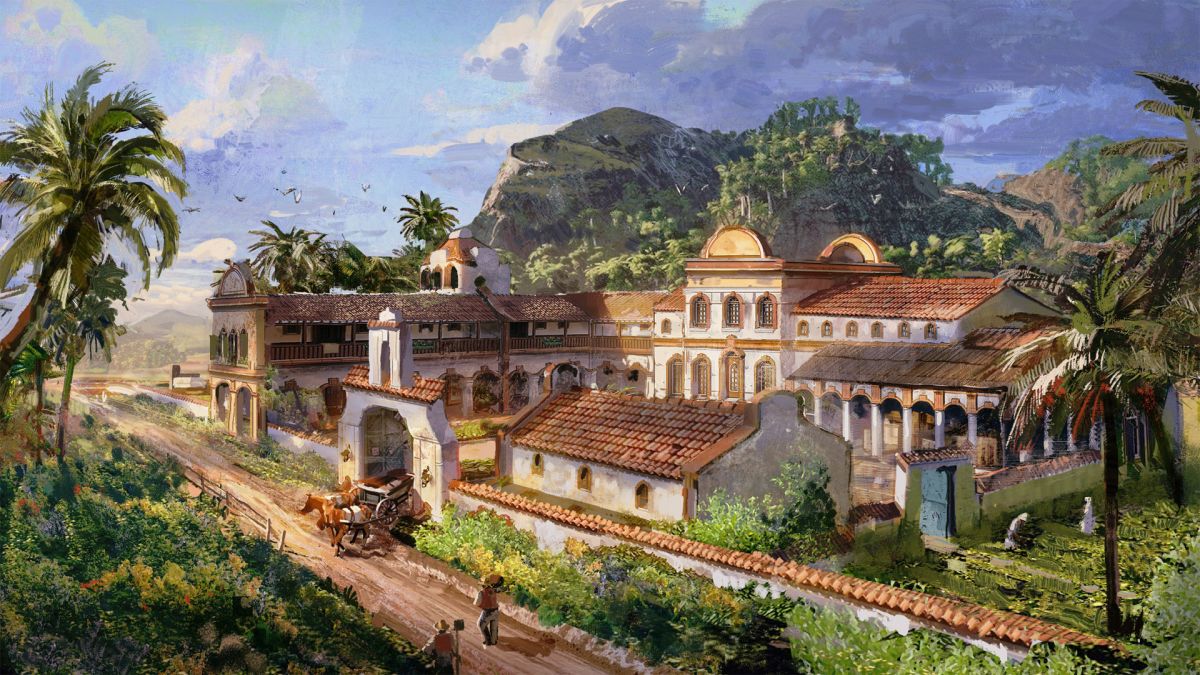 The first DLC will be titled “Seeds of Change” and launch on April 12, focusing on agriculture in the New World.

The second, titled Empire of the Skies will come in the summer and will focus on airships.

The third, coming late this year, will be titled New World Rising, which will bring cultural and economic expansion to the New World.

The price of the season pass will be 24,99€/$, while purchasing each DLC separately will cost you about 10 bucks more.

Incidentally, we also heard that Anno 1800 has reached 2 million players by the end of 2022.

Season 4 kicks off in just two weeks with the first DLC – “Seeds of Change” – that allows you to revolutionize the agricultural sector of the New World.

To make this possible, you’ll first have to build the powerful Hacienda, which will become the agricultural hub of your New World empire. Construct and expand your own country estate with new ornaments as well as various highly efficient modules.

Those allow you, for example, to brew beer directly in the New World and house your population in more space-efficient residences. Benefit from the adoption of island-wide policies through the Hacienda and produce high-quality fertiliser to boost your local farms and even export it to the Old World.

The new scenario, Seasons of Silver, you will follow Vasco Oliveira’s story into a different part of the New World where you will need to face harsh weather conditions while fulfilling ever increasing silver production quotas.

This summer, our second DLC, Empire of the Skies, will usher in the Age of Airships.

Using the latest construction materials from the New World, you can build a variety of new specialized airships.

Optimize your logistical network by transferring goods and workers between your islands in the New World, and keep your people connected with the new mail system.

Your tactical planning will also take on a whole new dimension as you and your competitors vie for aerial mastery.

Empire of the Skies we will also come with another new scenario. More details on this later this year.

Season 4 will come to its grand finale towards the end of the year.

With the third DLC, New World Rising, you will not only experience the industrial and economic boom of the New World first-hand, but also let your residents embrace their cultural roots and welcome a new population tier.

You get to enjoy the sight of colourful, thriving cities and build an iconic monument as the ultimate landmark for a self-confident identity of your New Worlds residents.

And like the two previous DLC, “New World Rising” is also accompanied by a scenario.

Anno 1800 is available exclusively for PC. If you want to know more, you can read our review.