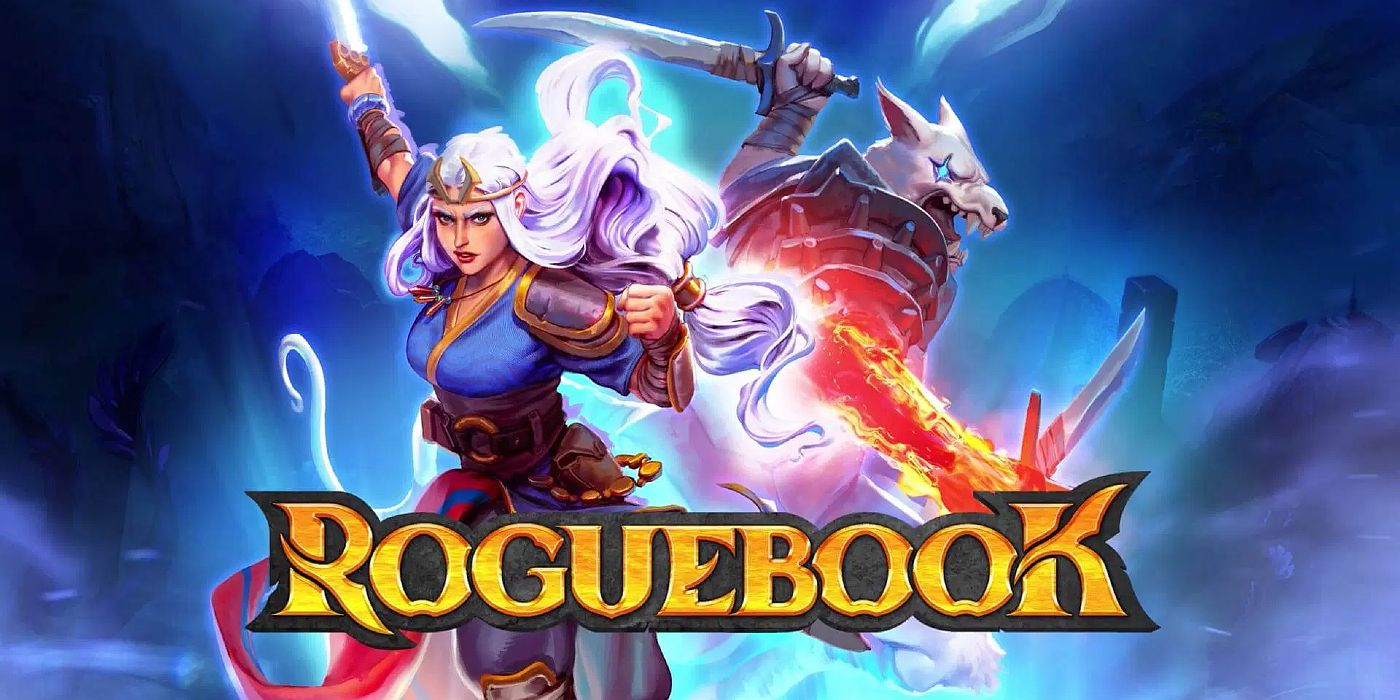 For those of you who’re into roguelike deck-builders, today’s recent console release of Roguebook should absolutely be on your radar. Yes, developer Abrakam Entertainment and publisher Nacon have finally launched their indie RPG on PS4, PS5, Xbox One, and Xbox Series X|S. A Switch launch is scheduled for Spring, 2022.

Originally released on PC back in mid-2021, Roguebook is a collaboration with the creator of Magic The Gathering, Richard Garfield, and is set in the world of Faeria; a popular tile-based strategy title that made its name on iOS back in 2016 and has since migrated to other platforms.

Coinciding with the game’s console release is the introduction of a brand new playable character called Fugoro, the Merchant of Wonders. Go ahead and check out a new trailer showcasing the newly added hero down below:

As you can see above, the new froggy hero boasts agility, a staff, a plucky attitude, and a backpack brimming with mysterious treasures. In addition, Fugoro comes toting some brand new cards to help create a handful of distinct and unique synergies.

For more information about Roguebook, here’s a general overview courtesy of an official press release we received earlier today:

After a successful release on PC (85% positive reviews), Roguebook is now available on PlayStation®4, PlayStation®5, Xbox One and Xbox Series X|S. To celebrate its console launch, a new hero is joining the original four: Fugoro, Merchant of wonders.

Infamous for being an adventurer, collector, pirate captain and frog-thief, Fugoro is a mysterious triton and the one responsible for the catastrophe involving the Roguebook. He carries a large backpack bursting with treasures and magical coins, and is surprisingly agile with his staff, which he uses to leave marks on enemies. Combine Fugoro’s cards with those of other heroes to build new decks and discover combos that will crush the Roguebook!

A new update exclusively for PC players also adds a competitive aspect to Roguebook with a daily online tournament system. Twice a day, the Roguebook will take on a predetermined form that is identical for all players. Be the first to beat the Roguebook or scour the map to win the most points. Only your first try counts!

Roguebook is available to purchase now on PS4, PS5, Xbox One, Xbox Series X|S, and PC, with a Switch release scheduled for Spring, 2022.