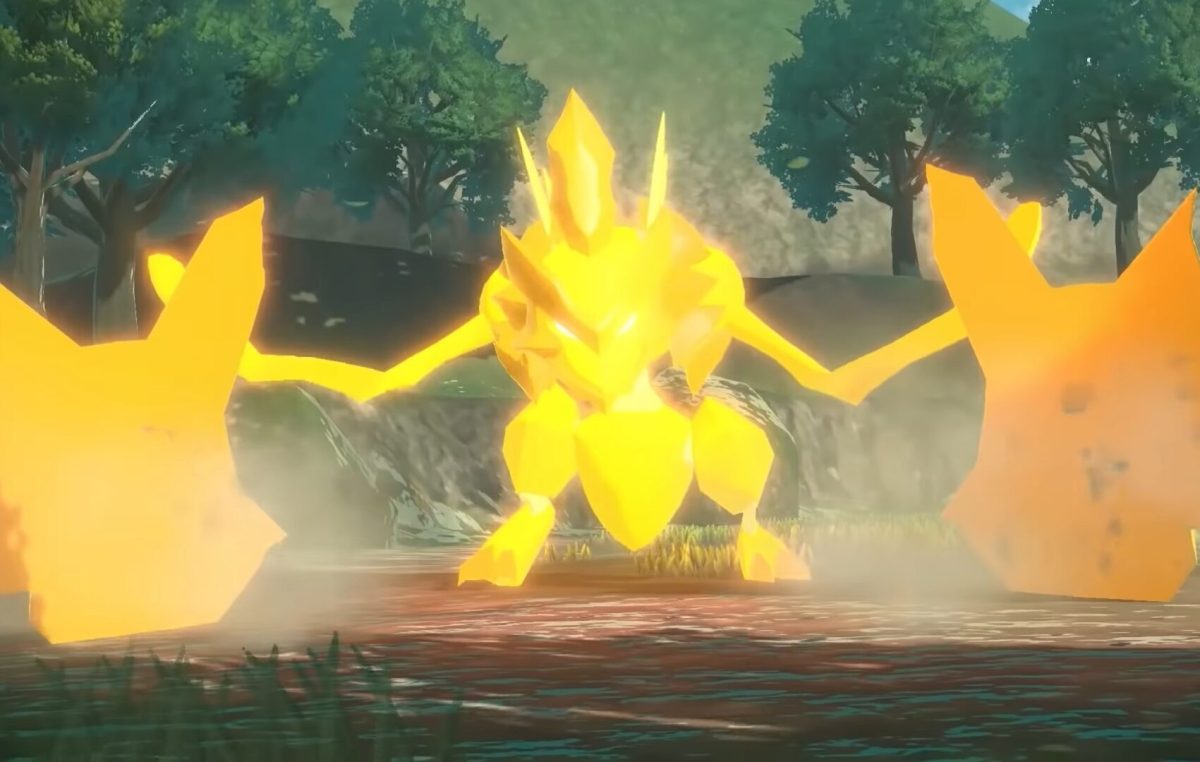 As you progress through Pokemon Legends: Arceus, you’ll encounter various Noble Pokemon. These are special Pokemon in each part of the Hisui region that are very powerful and protect their surrounding territory. As part of the story, you’ll be tasked with calming these frenzied Nobles, which is no easy feat. Here’s everything you need to know about how to calm, defeat, and capture frenzied Noble Pokemon.

Throughout the game, you’ll need to calm each of the frenzied Noble Pokemon before being able to progress. The first one you’ll encounter is Kleavor, and all of the Nobles have a similar method of being defeated.

There is more to calming a frenzied Noble than simply battling it. The first part of the process involves hitting them repeatedly with specific types of balms that are given to you.

You can throw the balms just like you would throw a Poke Ball: aim by holding down ZR and releasing it when facing the Noble Pokemon. You have an unlimited number of balms to use, and you’ll notice its meter above its head decreasing.

While throwing these balms, the Pokemon may attack you. You need to dodge the attacks by pressing Y. The Pokemon can hurt you, causing you to blackout, so it’s important to avoid these attacks.

Every once in a while, you’ll have the option to call out your Pokemon to start battling it. You’ll know when you can do this because the HUD in the bottom right will change from balms to your party Pokemon. Call your Pokemon out with X and start battling the Noble.

Just like in any Pokemon battle, it’s important to remember type matchups to help you defeat these powerful bosses. For example, it may be useful to Bring a Water-type, Steel-type, or Rock-type Pokemon to battle the Noble Kleavor battle. After a few turns of battle, it’ll be time to throw some balms again.

Battling the Noble Pokemon is optional; you can calm it only with balms, but it takes a lot longer.

After you’ve thrown the last balm, the Noble will be completely calm again and no longer frenzied. You’d think this would be the time to capture it, but that is not the case.

In fact, you aren’t able to capture Noble Pokemon at all; these Pokemon are so powerful and are tasked with protecting the region and cannot be caught. However, each species of Noble is obtainable in the game through other methods.

For example, while you cannot capture the Noble Kleavor, you can evolve a captured Scyther into Kleavor instead.

In summary, here’s how to calm a frenzied Noble Pokemon: