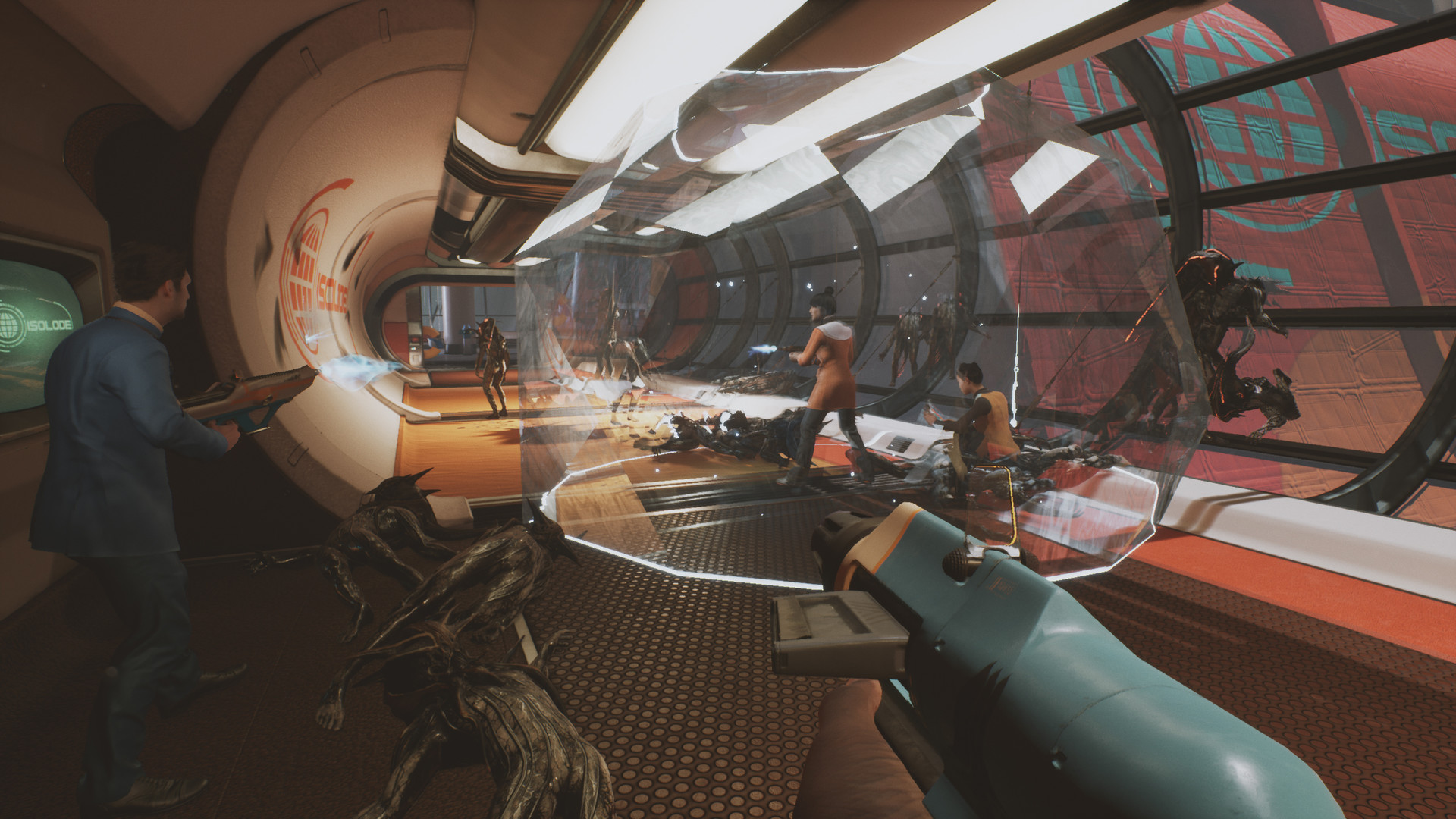 Today, developer Stray Bombay announced that its upcoming co-op sc-fi shooter, The Anacrusis, will be launching on PC, Xbox One, and Xbox Series X|S on Jan. 13, 2022.

The news comes by way of a brand new devblog that went live on Youtube earlier today. Feel free to check out said footage down below:

Clocking at at just over eight minutes, the video sheds light on how the Seattle-based studio is approaching the rollout of its fast-approaching first-person shooter.

“We want to be able to actively work on this with the community and not just simply react to bugs, or stuff like that.” said studio founder and former Left 4 Dead series’ writer, Chet Faliszek. “We will meaningfully change the game based on the community.”

In essence, Stray Bombay’s founder goes on to explain why they’ve opted to launch the game via the Xbox Game Preview program and into Early Access on PC. Long story short, it gives the studio more freedom to update and tweak the title in response to community feedback.

For those unaware, The Anacrusis was announced at the Summer Game Fest earlier this year. It’s being developed by former Valve employees, some of whom worked on the Left 4 Dead, Half-Life 2, and Portal series. Pretty impressive pedigree, no?

The Anacrusis is a four-player, cooperative first-person shooter set aboard a massive starship stranded at the edge of explored space. Team up with your friends in an infinitely-replayable fight against alien hordes to unlock perks, weapons, and new ways to play that you can share with your team!

In The Anacrusis, the AI Driver controls every aspect of the game. It spawns every enemy, directs each boss, and places every weapon, gadget, and health kit. No matter your skill level, you’ll find the perfect level of challenge. More than that, the AI Driver creates the kinds of video game moments that you can’t wait to tell your friends about.

Battle the alien menace using an astounding arsenal of classic sci-fi weapons. Buy yourself some time with a stasis grenade, toss a shield grenade to provide instant cover while you pop off a heal, and bring your friends back to life using the Respawner. Or throw caution to the wind and burn friend and foe alike with the laser rifle.

Matter compilers spread throughout the game give you access to dozens of perks that will change the way you play. Stack all of your upgrades to power up the last-resort pistol or boost your defense by supercharging your shield pulse. Unlock new perks as you play, and share your unlocks with everyone on your team!

The Anacrusis launches into Steam Early Access and Xbox Game Preview on Jan. 13, 2022.