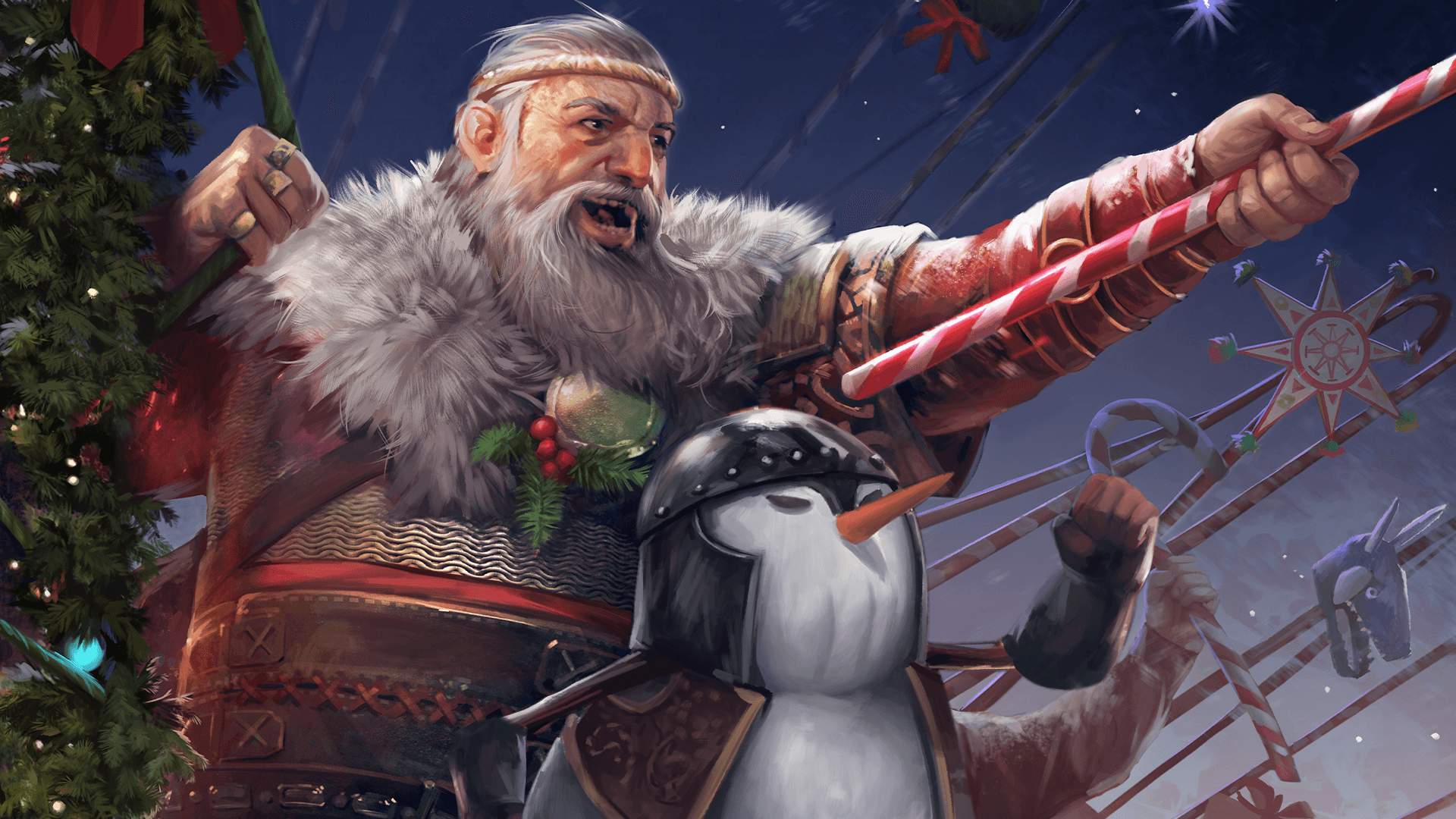 Calling all fans of CD Projekt Red‘s Gwent: The Witcher Card Game, we bring you good news. Yes, with the festive season well and truly underway, the season of giving has now made its way to the Polish company’s popular card-based strategy game.

That’s right, The Witcher spin-off’s latest annual winter event has just kicked off, and to celebrate CD Projekt Red has dropped a new trailer to showcase all the new freebies and cool stuff that fans can nab from now up until Jan. 11. Go ahead and check out the new video below:

Not only does the new holiday event give players the opportunity to earn unique in-game resources called Pine Cones, but you’ll also be able to exchang said Pine Cones for a bunch of themed cosmetics, including cardbacks, avatars and borders, titles, as well as both a leader and a coin skin!

Further, there are a couple of special contracts that you can take on if you own the Gerald leader skin. Plus, there’s even an exclusive sword skin players can net that’s inspired by The Witcher Netflix series, which is available to download up until Jan. 13.

Finally, Shupe the Troll is hosting a special holiday sale event, so you may be able to pick up a few extra bargain items there, too.

For more information about Gwent: The Witcher Card Game, here’s a general overview courtesy of the game’s official Steam page:

Join in The Witcher universe’s favorite card game — available for free! Blending the CCG and TCG genres, GWENT sees you clash in fast-paced online PvP duels that combine bluffing, on-the-fly decision making and careful deck construction. Collect and command Geralt, Yennefer and other iconic Witcher-world heroes. Grow your collectible arsenal with spells and special abilities that dramatically turn the tide of battle. Use deception and clever tricks in your strategy to win the fight in classic, seasonal and Arena modes. Play GWENT: The Witcher Card Game for free now!

In other The Witcher-related news, we were a little nonplussed by how Eskel was done dirty in Netflix’s second season of the TV adaptation, which you can read about here.