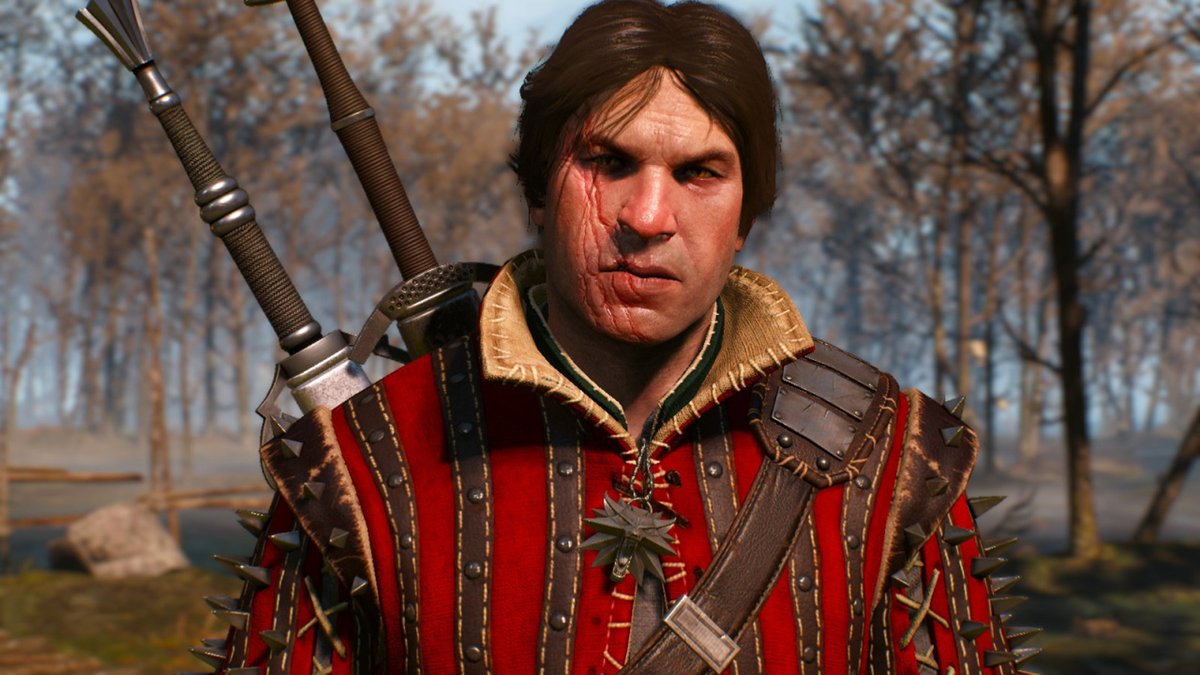 ***This article contains spoilers for Season 2 of Netflix’s The Witcher. To avoid spoilers about Eskel and the story, watch at least past episode 2 of the second season before reading.***

When it was announced that Eskel, Lamber, and Vesimir would be a part of the second season of Netflix’s The Witcher, I was over the moon. Anybody familiar with The Witcher universe will appreciate the extent to which each character adds a layer of depth and personality to Geralt and the story. Unfortunately, almost as soon as they’re introduced in episode 2, it becomes clear that these are not the characters we know and love from the books or the games, especially Eskel.

You see, in the source material outside of Netflix’s The Witcher, Eskel is seen as this imposing but gentle giant. Despite his intimidating statue, mountain of scars, and metallic voice, he was the nicest of the Wolf Witchers, serving as more of a brother to Geralt than a fellow monster-hunter.

They’d offer one another advice about facing certain enemies and recant their greatest fights, growing alongside one another all the while. Eskel also served as much more of a role model for Ciri in the books, even going as far as to help train her when she first arrives at Kaer Morhen.

The Eskel we get in The Witcher Season 2 is none of those things. In fact, it is pretty easy to mistake him for Lambert upon the first introduction.

Like other depictions of Lambert, the show version of Eskel is a brazen ass who doesn’t mind a bit of confrontation. He argues with Geralt, brings whores to Kaer Morhen (a secret safe haven for Witchers), and hates Ciri because she’s noble.

Maybe the intention was to allude to Eskel becoming increasingly corrupted by the Leshy infection, causing I’m to be far more irritable than he usually is, but it still feels like a strange introduction to a character with such a well-established personality in the source material. Hell, at least give us more scenes than one meager flashback that doesn’t do nearly enough to convey the importance of his relationship with Geralt or even his personality.

Despite all of these issues, I was still fine with the character at first. I figured, “eh, they’ll improve him as the season goes on.” The problem is that isn’t an option.

You see, not only does Eskel die in the same episode that he’s introduced in, he manages to go out like a complete buffoon. Even though he is a trained and knowledgable Witcher, Eskel doesn’t remember that Igni or fire magic should be used to combat a Leshen, resulting in an injury to his shoulder.

He also doesn’t let any of the other Witchers know of the infection in his shoulder – which shouldn’t even be possible because Witchers are supposed to be immune to infection and magic – for no reason at all. Instead, he ignores it, waits for himself to turn into a Leshen, and then has the audacity to tell essentially tell Geralt, “he hoped his friend would save him.” Kind of hard to do when you don’t tell anyone about it.

In truth, it isn’t just Eskel that comes off as a buffoon here. Everyone is written pretty badly in the entire scenario.

Why is it that none of the Witcher’s medallions or Witcher senses made them aware of the threat until it was too late? Why did no one look at Eskel’s wounds? Why did Vesimir even allow Eskel to bring a distraction like whores to their secret hideout?

The answer is that Netflix simply wrote the scene and killed off the character for the sake of shock value and drama while also throwing in a Leshen mystery that isn’t a part of the source material.

Now, I don’t have a problem with them deviating from the books or games and adding stuff in like this little mystery of how a Leshen can infect a Witcher. In fact, it’s kind of nice not to know exactly where everything is going. But why the hell did it have to be Eskel?

The show literally even introduces 20 Witchers that weren’t at Kaer Morhen in the books. So, why not use one of them as the driving force of this mystery? According to showrunner Lauren Hissrich, via Redanian Intelligence, Eskel dying instead of some random character was supposed to serve as motivation for Geralt.

“The very first version of the script that we wrote was a brand new witcher that we’d never met before, we’d never heard of, and all of a sudden we were like… Oh, our audience is going to meet Coen and Lambert and Eskel and, you know, John. And who’s going to die? John is going to die.

So we thought about it really hard and I know that there are fans who love Eskel and who feel like, why would we do that? But, honestly, his death is what changes everything for Geralt and I think it propels Geralt’s need to figure out what’s going on with Ciri and to do it fast, because he knows that he’s going to risk losing her and his brothers if he doesn’t. And we really just wanted to motivate that character journey for him.”

The problem with that notion is that the show kills Eskel off in the exact same episode he is introduced to us. Why not establish him as a character across multiple episodes? There simply isn’t enough of an investment in the show’s version of this character for the audience to care about him dying or for us to feel like Geralt should be impacted and motivated by his death.

It all comes across as forced and unnecessary. I just don’t know why they did this to Eskel’s character.

Gone is the competent, professional, and reliable Witcher that was simply a less famous Geralt; arrived is the dramatic abomination of incompetence that is Netflix’s Eskel. My only hope is that this was a doppler or some fever dream of Geralt’s, and that the real Eskel and Lambert will wake Geralt up so they can get drunk and play cards.