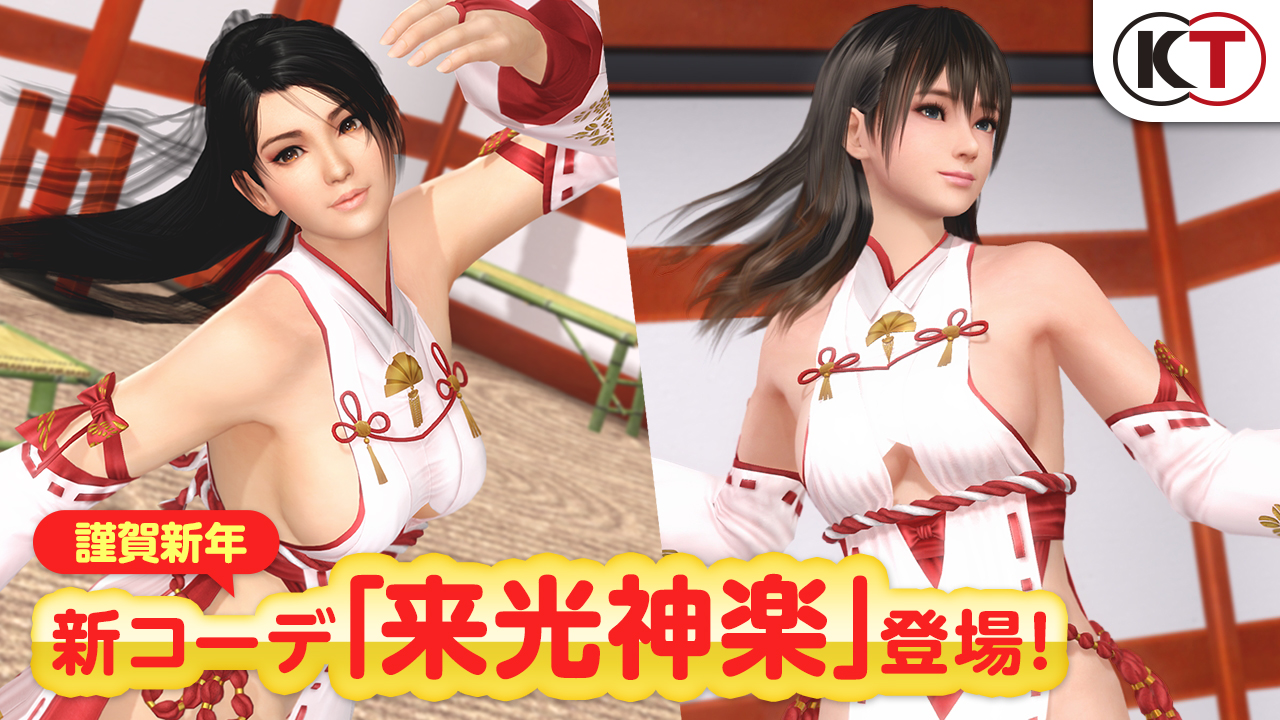 Today Koei Tecmo released a new trailer of Dead or Alive Xtreme: Venus Vacation to celebrate the launch of the New Year event.

Each part has a separate gacha with a brand new costume (very) vaguely inspired by a Miko outfit. The first part includes outfits for Momiji, Ayane, Tamaki, Nyotengu, and Helena.

The second part will include outfits for Misaki, Kasumi, Nanami, Momiji, and Hitomi.

The first part also includes the usual pool roulette, while rock climbing will return during the second.

A daily login bonus will grant seven silver omikuji sticks, and two golden ones at the end. By gifting them to one of the girls you can receive a random number of VStones with the silver ones (up to 1,000) and 1,000 with the golden ones.

As usual, you should keep in mind that this is not available for the English versions of the game, which are behind in content by over a year and have last year’s event instead.

Speaking of past years, New Year costumes from past events will be provided over multiple gachas, because you can’t ever have enough gachas to milk your players, can you?