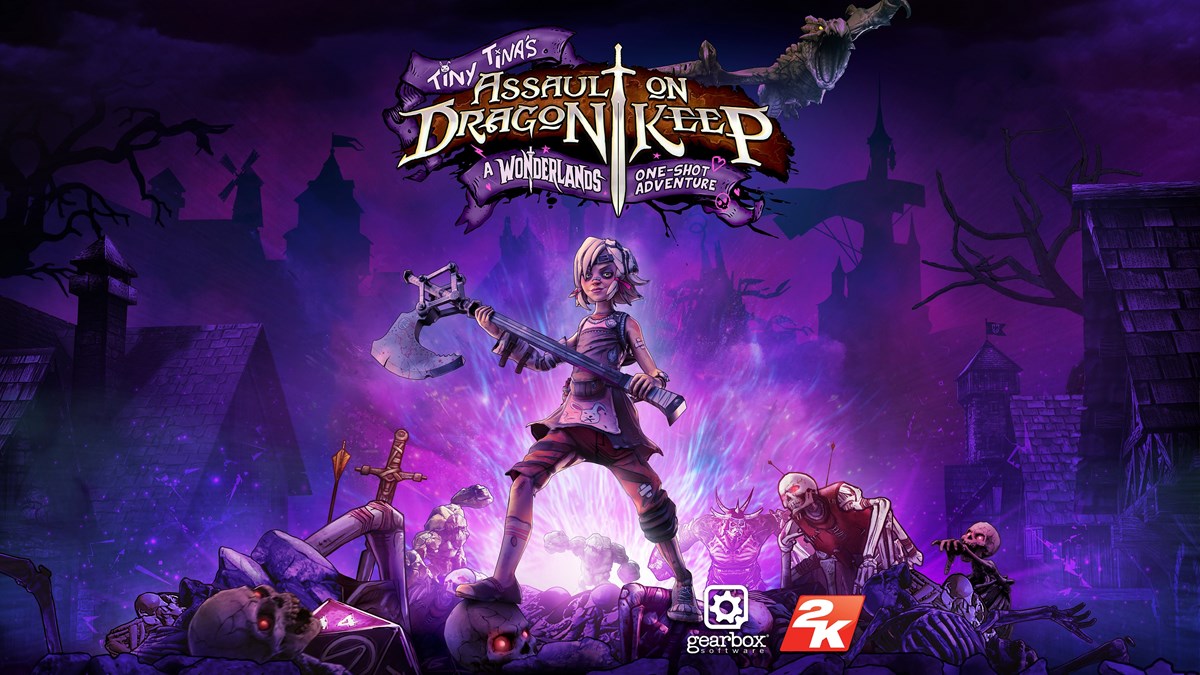 Tiny Tina’s Assault on Dragon Keep is a fan-favorite DLC campaign that was originally released for Borderlands 2 back in 2013, and now, it’s available as a standalone game. Starting today, Assault on Dragon Keep can be bought for $9.99 for Xbox One, Xbox Series X|S, PS4, PS5, and PC via Steam and the Epic Games Store. In fact, it’s actually free to claim on the Epic Game Store until Nov. 16.

This new standalone title is being billed as a “Wonderlands One-Shot Adventure” as the March 25 launch date for Tiny Tina’s Wonderlands slowly approaches. Assault on Dragon Keep is meant to introduce newcomers to the storyline that helped create the idea for Wonderlands.

If you’re unfamiliar with this Borderlands 2 DLC, it puts Tiny Tina in the role of Bunker Master in a game of Bunkers & Badasses. Think D&D but with more explosions, as players venture through castles, magic forests, dungeons, and more mystical settings.

You can check out the launch trailer for Tiny Tina’s Assault on Dragon Keep: A Wonderlands One-Shot Adventure below to see gameplay both new and familiar:

If this little blast from the past has you looking to pre-order Tiny Tina’s Wonderlands, you can do so right here on the game’s official website.