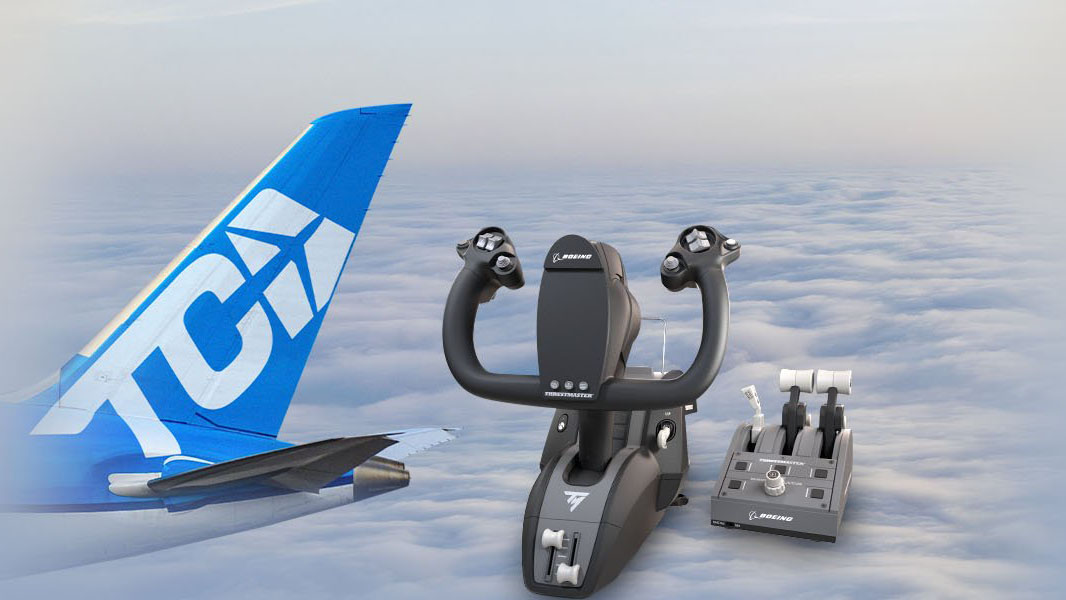 As promised with the partial reveal in September during FlightSimExpo 2021, controller manufacturer Thrustmaster has fully revealed the TCA Yoke Boeing Edition.

Fully licensed by Boeing and Xbox, this controller brings to the table (literally) the “other side” of airliner simulation following the excellent Airbus version released last year.

Its design is inspired by the Boeing 787 which is currently flyable in Microsoft Flight Simulator, and its layout is also perfect for the upcoming 737 by PMDG. Of course, it’ll also work on older sims, if you’re into those.

Pre-orders are already available for the package with both the yoke and throttle quadrant and for the quadrant on its own. They will ship in December just in time for Christmas. The yoke on its own will come at a later date. Below you can find all the dates alongside the pricing.

You can find a trailer below, alongside images, and an official description of the product.

Built around the idea of making a brand-new flight simulation experience possible for users, the major challenge involved in designing this product was to be able to reproduce the sensations of using a floor-mounted Boeing pendular yoke for simmers using their gear on a desk or table.

The TCA Yoke Boeing Edition’s floor-mounted/suspended design, validated by real life pilots, mirrors the different iconic details and features of real-world Boeing yokes in order to provide simmers with a feel that’s as close as possible to the real Dreamliner experience — without any sacrifices in terms of performance or realism when piloting more modest aircraft.”

Much more than a sidekick to the TCA Yoke Boeing Edition, the TCA Quadrant Boeing Edition plays its own important role in this brand-new flight simulation experience.

Developed as an ergonomic replica of the legendary Boeing throttle quadrant, TCA Quadrant Boeing Edition incorporates all of the iconic features required for proper piloting of airliners, as well as more modest private planes.

With 3 axes and 17 action buttons plus an encoder for very extensive mapping possibilities both on the ground and in the skies, TCA Quadrant Boeing Edition stands out thanks to its unique progressive-resistance feel — just like on real Boeing airliners.

Highly versatile, the throttle quadrant features 4 fully swappable levers, allowing for use of the aircraft’s speed brake, flaps or thrust levers, depending on the circumstances.

TCA Quadrant Boeing Edition also gives users the option to pair 2 units together and step up to a whole new level of piloting: 6-axis flight.