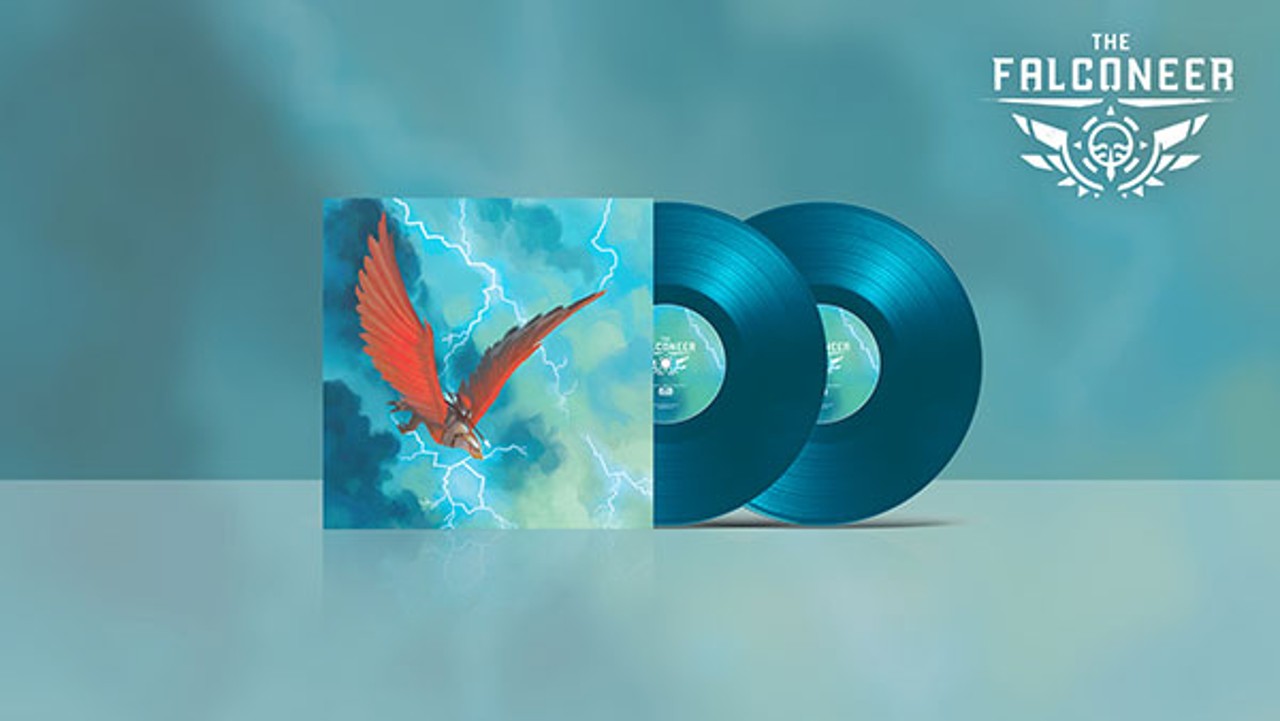 Earlier today, Wired Productions and Limited Run Games revealed they would be teaming up to bring fans of the BAFTA Games nominated title, The Falconeer, to vinyl. According to the official press release, the premium Double Vinyl is limited to 1,000 pressings, with 500 in ‘Azure Blue’ available exclusively from the Wired store for the UK and European markets, and 500 in ‘Sea Green’ unique to Limited Run Games for the North American market.

Representing a celebration of the music, art and the game’s maverick solo developer, Tomas Sala, The Falconeer Double Vinyl is an eclectic cathedral of a soundtrack, which invokes the dual nature of The Falconeer; the transcendental waters versus the frenetic and high-energy of aerial combat. Featuring handpicked tracks from both Tomas Sala and distinguished composer Benedict Nichols, avid listeners will be transported to the beautiful yet often turbulent Great Ursee on a monumental journey featuring razor-edge synthesizers and organs, the sounds of Mongolian throat-singing, Balkan choirs, bagpipes, and cimbalom with performances by Tegen Hitchens, Mikee Goodman, and Carolina Styles.

“The music of The Falconeer is an epic masterwork by Benedict Nichols and is such a huge part of the experience within the game” said Tomas Sala, Solo Developer, “Beautiful and frenetic, I can’t wait for people to listen to the soundtrack on Vinyl”.

“I’m delighted that The Falconeer is getting the Deluxe Vinyl album treatment” said composer Benedict Nichols, “It has been an honour to join Tomas on this journey through the Great Ursee, and to create such an impactful soundtrack for players to enjoy”.

The Falconeer gatefold sleeved Double Vinyl soundtrack is available to pre-order now from the Wired Productions store for £34.99 and Limited Run Games for $44.99. Anyone that is interested in more information can visit the game’s website.