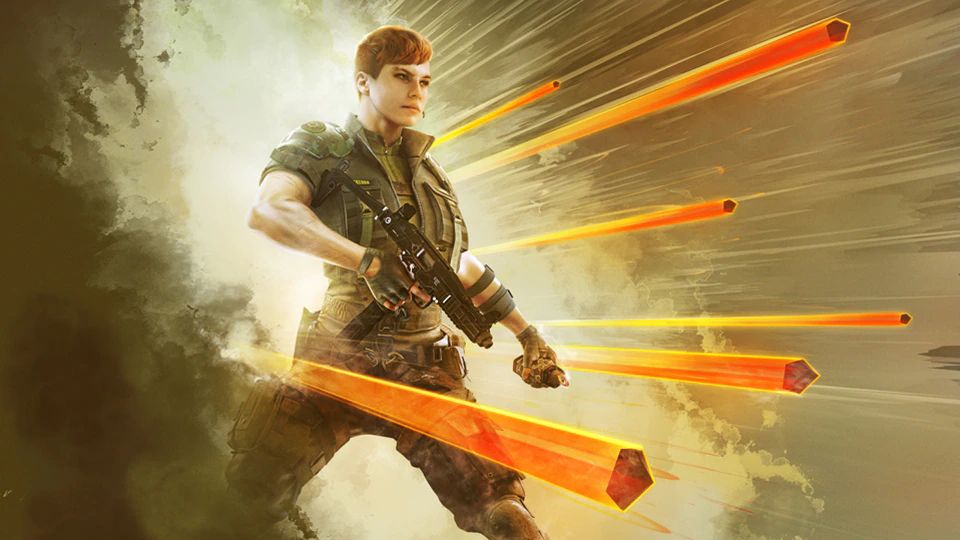 The operator is named Thorn, and from the roadmap, we know she hails from Ireland. We also know she’s a defender. She’ll be at the center of the new operation named High Calibre.

The new operation and Osa’s gameplay will be fully revealed on Monday, November 8.

You can watch the trailer below and read some flavor text from the official website.

There’s a lot to be said about specialist Brianna “Thorn” Skehan, considering I’ve known her for quite some time. We haven’t been in contact in a while, but her right hook leaves a lasting impression that I won’t soon forget.

She’s a dedicated woman, stubborn, doesn’t take anyone’s rubbish. She’s a good choice for a recruit – you’d have trouble finding another soldier as strong or as smart. Her infamous obstacle course represents her perfectly in that sense, and you said it yourself – that thing’s as hard as it gets.

We have a solid team, but Brianna’s bound to round it out perfectly. You never have to worry about her being on top of her game, and if we’re lucky, she’ll kick a few of us in the backside for motivation. When she’s not so guarded, she’s forthcoming with her time and she’ll help anyone who she feels needs it.

On that subject – she treats people about as well as they treat her. She’s got a smile and a hug for her pals, and nothing but aches and pains for anyone who messes with her or what she stands for. Her four brothers always gave her a rough time, so don’t be surprised at how common the word “bully” is in her vocabulary.

I’ll spare you the stories, she can tell you those herself if she wants to. She’s already told Mira, judging from that insane contraption she designed for her. Territorial is one way to put it – walking into its warning zone is like a cactus kindly telling you that you’re about to step on it barefoot. It’s no less terrifying, but at least you get to adjust. It’s sharp, bright, and beautifully crafted.

With the Six Invitational coming up, I’m sure Brianna will fit right in and maybe even push our team to victory. The others will have to double their efforts just to keep up with us, and I certainly won’t complain about that. I’ll see you both in training.