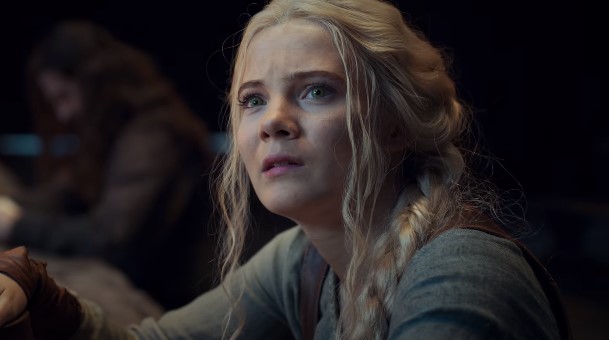 Earlier today, the official Netflix YouTube channel released the official trailer for season two of The Witcher TV series. It has been about two years since season one was released on the streaming service and now the wait for the follow-up to the debut is just under two months away. This news is coming right after the announcement last month that season three is on the way as well.

At the beginning of the trailer, a shot from above shows Geralt wading through some shallow water thigh-high water. Then it cuts to a further shot and we can see a winged monster approaching the powerful witcher from a distance. We don’t get to see a close-up of the monster, but Geralt doesn’t look all that concerned by its presence.

As it cuts away from that first shot of The Witcher season two official trailer we see multiple shots of impressive set pieces like a scorched battlefield, a snow-covered courtyard, a treacherous ravine, and many more. All throughout these shots, Geralt is sharing a drink with and speaking to Nivellen.

When Nivellen brings up that people are talking about the end of days coming, Geralt reminds his friend that he has lived through three supposed end of days three times. Naturally, this means Geralt doesn’t buy the notion that the world is coming to an end.

As the trailer continues, there are a few shots of Ciri before her training with Geralt. There’s a shot that looks like it’s her first time putting her hands on a sword.

Near the end of the trailer, we see Geralt and Ciri taking on a giant enemy that resembles a Treant. This is likely a little while after Geralt has spent some time working with Ciri since it looks like she’s holding her own pretty well against the attacks of this large monster.

The Witcher season two will launch on Nextflix this year on Dec. 17, almost exactly two years after season one debuted. You can check out the official teaser trailer in its entirety down below.