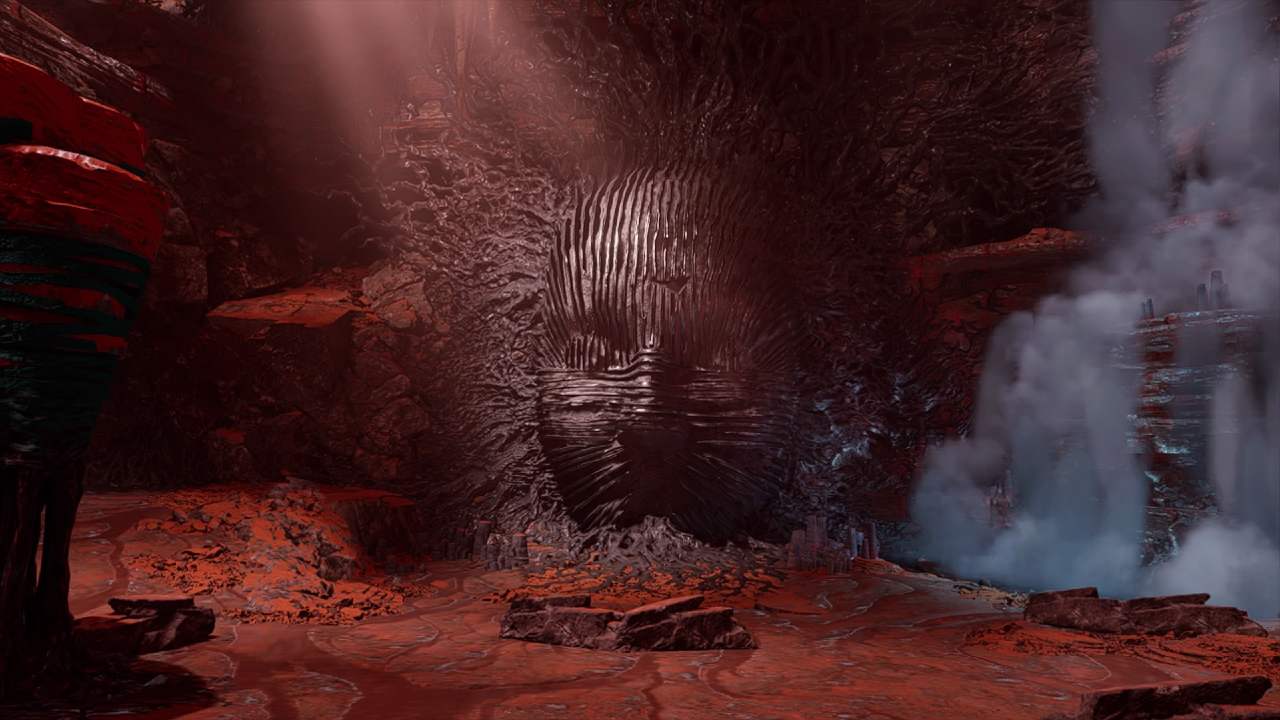 While Guardians of the Galaxy has a lot of action set-pieces, there are a few puzzles thrown in amidst the chaos that really requires you to use your noggin. One such challenging scene occurs in Chapter 10, Test of Faith, as the group must undertake a dangerous quest through a creepy cave to cure their friend. Here is everything you need to know about how to destroy the Face of a Thousand Lies in Guardians of the Galaxy.

Once you make it to the area where all the fog is coming from in the caves, you’ll come upon the statue known as the Face of a Thousand Lies. In order to stop the fog from coming out, you have to destroy it.

Before you can do so, fog replicants of all of the Guardians will appear and attack you. Don’t worry about fighting them, as they’ll literally just reappear whenever defeated.

Instead, press L1 and have Rocket go to the hole on the left side of the area you see above. He successfully blows up this side of the statue and comes back out.

The next hole is on the opposite side, behind the water. When you ask Rocket to go in it, though, he is too scared of drowning. You have to press Triangle/Y multiple times to be able to convince him to go in.

He’ll finally go in after Groot and Gamora are taken in by wind currents. He’ll blow it up again but will then get swept up in a current as well when he comes back out.

To destroy the face, you have to use the Wind element of Peter’s gun by pressing right on the d-pad. Once selected, fire the shot with R1/RB and it’ll pull part the statue and destroy the Face of a Thousand Lies.

That is everything you need to know about how to destroy the Face of a Thousand Lies in Guardians of the Galaxy. If you’re still on the hunt for more info about the game, be sure to check out all of the guide wiki, as it’ll surely have all of the tips, tricks, and FAQs you could ever have about the game.