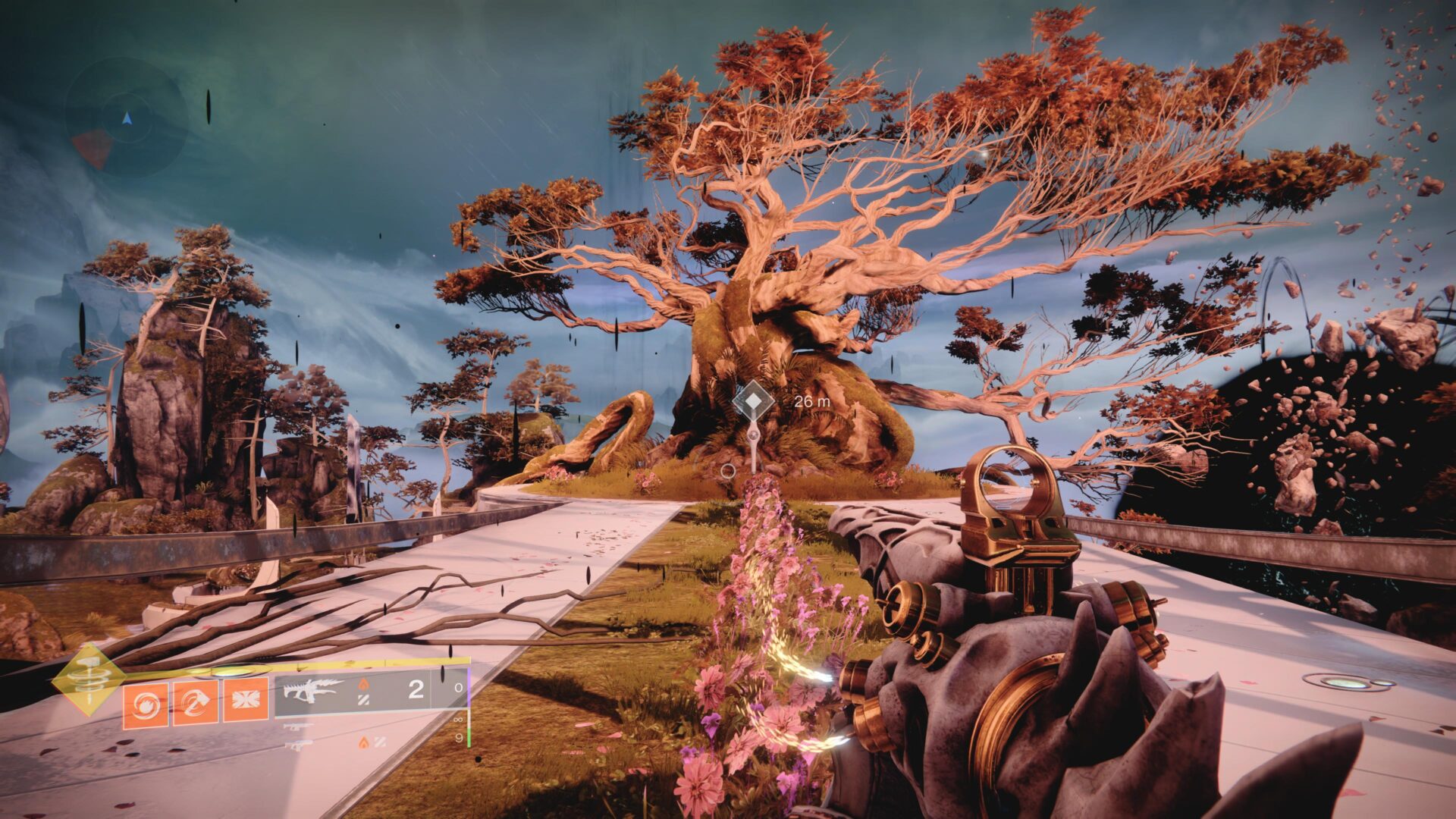 The hunt for Atlas Skews continues in Destiny 2 as of week two of Season of the Lost. Last week we hunted them down in the Mists, and this week we’ll be searching in the Strand. It looks like we’ll be needing to do this four times over the course of four weeks in order to progress the Ager’s Scepter trade rifle exotic quest. If you’re here, you’re probably looking to get the Atlas Skews for week 2 in Destiny 2. Here’s where they all are.

Head to the Strand, get a little bit of height by climbing onto a nearby hill and look for the big towering statue noted in the picture above. It’s white, and if it’s a heavy taken curse week, it will be covered taken goo, it’s hard to miss. Atop that statue, you’ll find the first Atlas Skew.

This one is also quite easy to get to, but it can be a little tricky if you were just going off of the description. You’ll need to go to the Gazebo, which is the circled-off area in the Strand atop of Apehlion’s Rest where Petra will be once every few weeks.

Get to the Gazebo and then you’ll actually want to head behind it. There will be another small floating rock that you can jump onto and the Atlas Skew will be there waiting for you.

This one is extremely easy to get to. If you’ve been following along, simply hop down off of the gazebo area and enter the Apehelion’s Rest lost sector nearby (it will be marked on your map as well).

Fight your way through the Taken here and then where the boss spawns there will be a Brazier (a tall staff containing some fire) near where the boss is. Right behind it is the third Atlas Skew.

You’ll need to get to the Gardens of Esila which is entered via a southwest path in the Strand. Enter and just make your way through the area. To your right, you’ll eventually see a Waterfall and right there will be the next Atlas Skew. Very easy.

Finally, if you’ve been following along, you’ll be at the last Skew. This one is just as easy as the last to find and get to. If you’re coming from the Waterfall simply look for a large bridge with a tree at the end of it noted in the picture above. Hop up on there and scoop up your last Skew.

After you’ve gotten all of the Atlas Skews, return to the HELM once more and select the quest mission that now appears and turn them in just as you did the last time.

Hopefully, that helped you find all of the Atlas Skews for week 2! For the rest of our Destiny 2 content, including Season of the Lost and the latest on The Witch Queen expansion, browse our most recent articles right here.