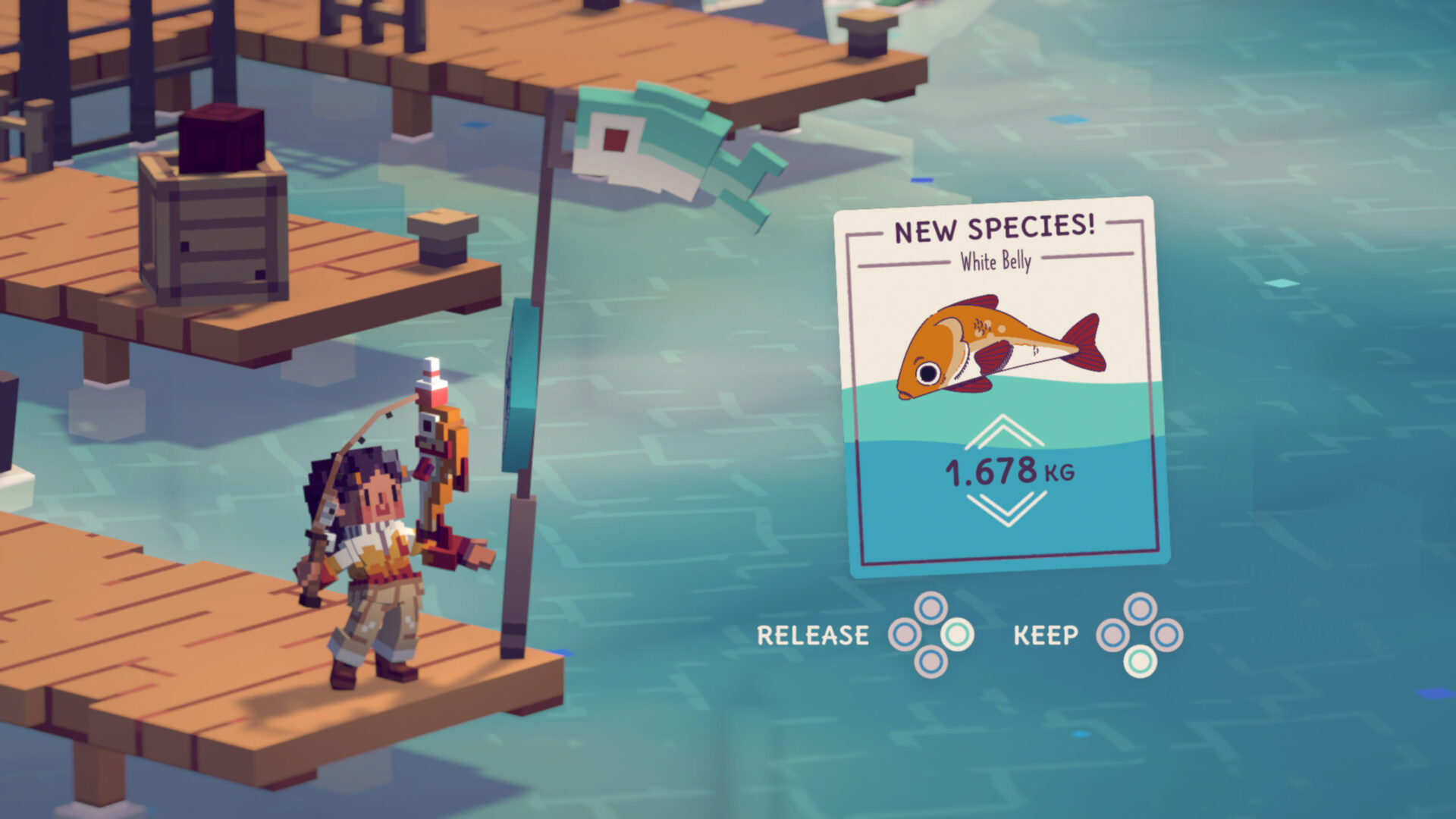 Moonglow Bay Creative Director Zach Soares described how the slice-of-life fishing sim could have been a much darker game, in a recent interview with Twinfinite.

Having been asked to elaborate on previous comments made during an interview with Pure Xbox, Soares shared a few extra details on how the game, particularly its fishing mechanic, could have given the game a darker town than its light-hearted, tranquil take that it’s adopted for its final release.

“Oh man. I’m not able to go too deep into it, but for example, one of the initial ideas was kind of building around the whole fishing encounter itself, and it was darker in that it was very much more of a fight with the fish, including the monsters,” Soares noted.

“I think one of the inspirations at that point was leaning towards Monster Hunter. But this is where it was interesting because it actually worked against the story of the game.”

Moonglow Bay is a game focused on helping to revitalize a tranquil fishing town through fishing and interacting with the locals. Players are also tasked with cleaning up trash out at sea to help clean the pollution in the water, which reduces their chances of snagging litter when casting out their line. It was this, Soares highlighted, as not working with the ‘darker’ initial idea for the game.

“When the story was a lot more wholesome and stuff like that, we were just like it’ll feel really unhinged if you’re going through like ‘this town is so nice and friendly’ and you’re just destroying this last form of wildlife in the oceans. So we kind of decided, let’s stick with preservation.“

Art Director and Bunnyhug Games Co-Founder, Lu Nascimento added: “From the get-go, we were like ‘maybe, maybe that’s not the way to go, but let’s give it a try?‘”

To find that middle-ground that provided a unique take on the fishing genre, while also feeling more in keeping with Moonglow Bay’s feel-good themes, Soares noted that “we found a happy middle with the encounter itself. So that’s why with the monsters, it’s not directly just fishing. There’s almost more of a puzzle-like aspect to the existing mechanic. The monsters’ — which are separate to the fish — mechanics are more about helping out and figuring out the mechanical puzzle that’s there. So we kind of toned it down. *laughs*”

You’ll be able to read our full Moonglow Bay interview with Zach and Lu here.