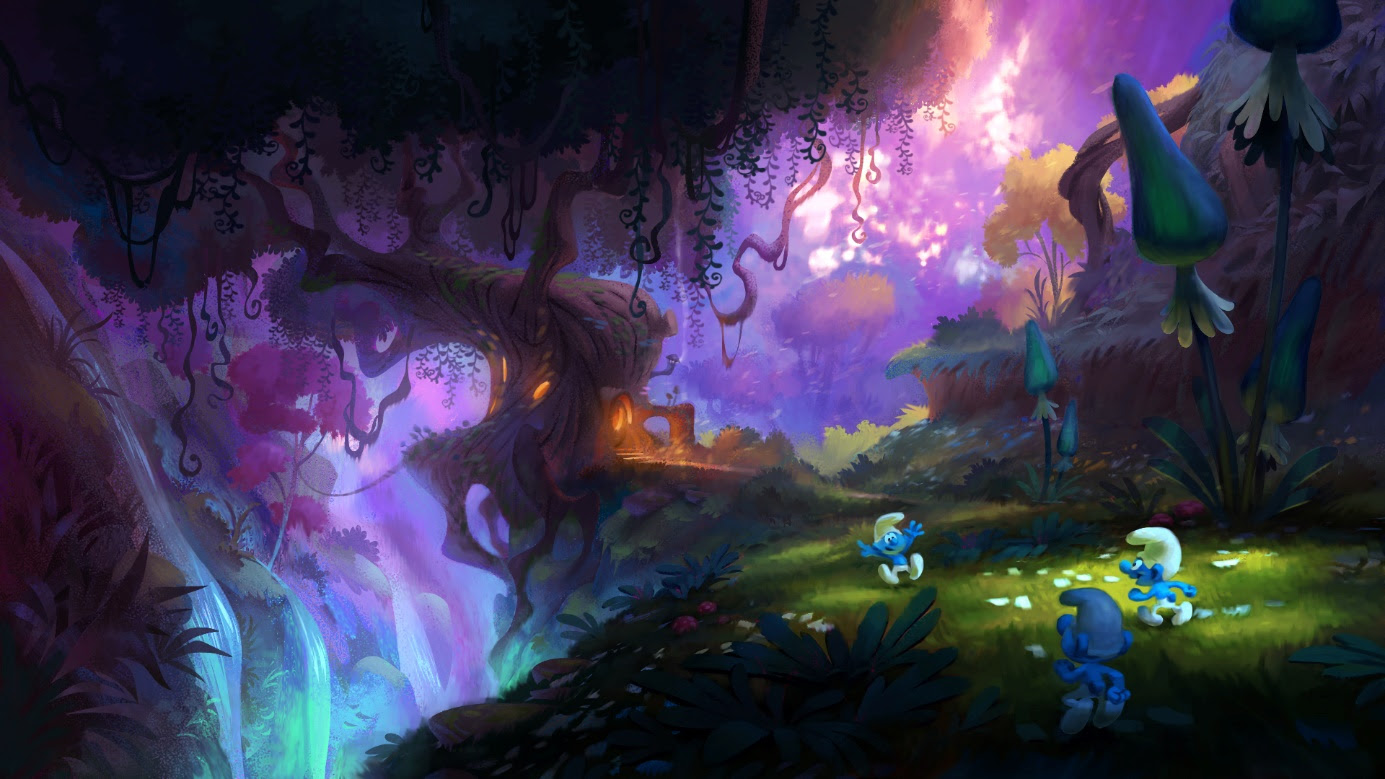 If you’ve had your eye on French publisher Microids‘ upcoming 3D action-platformer, The Smurfs: Mission Vileaf, then we may have some good news for you. Yes, the company dropped a brand new trailer today outlining the new kit you’ll be wielding while exploring the world of The Cursed Land.

Feel free to feast your eyes on said gameplay footage down below:

Indeed, the Smurfizer sounds like it won’t be simply used as a projectile-spewing weapon of mass destruction. Instead, it appears to come in handy for other utilitarian things like spraying, sprinting, gliding, splatting, sucking things up and spitting things out. Pretty useful, no?

Of course, Belgium’s second biggest export (after waffles, obviously) is all set to receive four Smurfs games over the course of the next five years. Each will span a different genre, starting with the aforementioned 3D adventure platformer The Smurfs: Mission Vileaf.

In a dusty grimoire, the wizard Gargamel just put his hands on the formula of an evil plant: the VILEAF.

This plant produces “VILETRAP” seeds, which can attract and imprison Smurfs… but these VILETRAP plants are also a great danger for the forest, as they are TOXIC, especially for the sarsaparilla fields!

PAPA SMURF decides to ask some of his fellow Smurfs to help him find the ingredients for a super powerful antidote for all the plants sick from the VILEAF.

Thanks to the SMURFIZER, an invention from HANDY SMURF, go on an adventure to find the ingredients and free your fellow Smurfs… and save the whole village!

The Smurfs: Mission Vileaf is scheduled to launch on PlayStation 4, Xbox One, Nintendo Switch, and PC on October 26, 2021, with next-gen versions coming next year.

In the meantime, tell us, is The Smurfs: Mission Vileaf vibing with you? Or will you be giving this trip back to Smurf Village a wide berth? Cackle like Gargamel in the usual place down below.