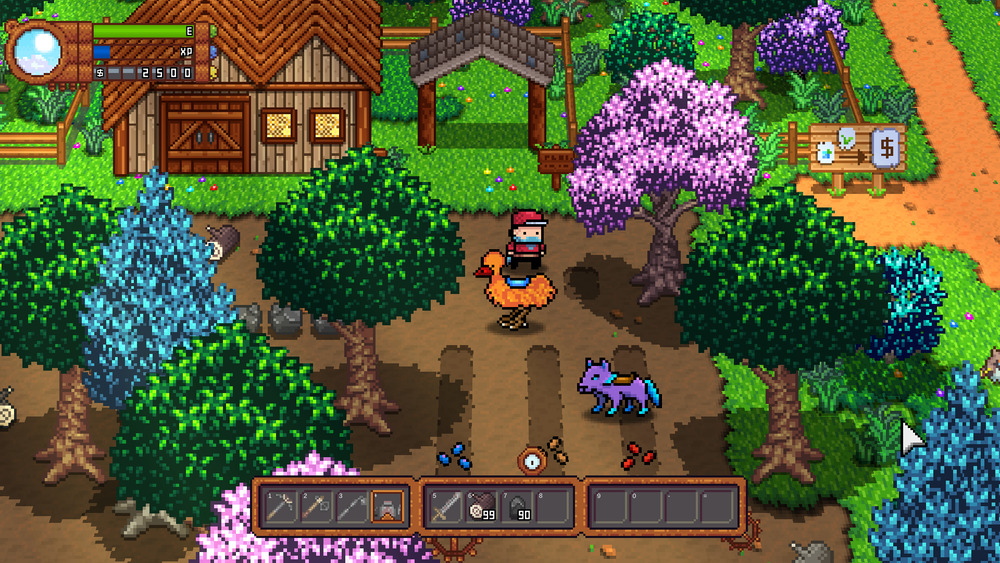 Today, Canadian outfit Maple Powered Games and UK-based indie publisher Merge Games officially released their retro-inspired farming RPG experience, Monster Harvest, on PS4, Xbox One, Switch and PC. To commemorate the occasion, the companies have just dropped a brand new launch trailer. Feel free to check it out down below:

Clearly, Monster Harvest is very reminiscent of Eric Barone’s retro farming sensation, Stardew Valley. From its pixelated 2D visuals to its focus on farming, there’s a lot of crossover between the two titles. That said, Monster Harvest does try and carve out its own personality with one major feature: Planimals.

Planimals are essentially a cross between – you guessed it! – plants and animals. If you play your cards right, your crops may occasionally transform into these sentient critters and become loyal sidekicks that’ll help you on your adventure. Not only are there a ton of different types of planimals, but you’ll also be able to customize them yourself with special items as well. Sounds pretty cool, right?

For more information, here’s a rundown courtesy of the game’s latest press release:

Dig deep into the soil of Planimal Point, as a new resident looking to set up roots, with a truly unique twist on the farming simulator genre. Monster Harvest taps the creative mind of players, and its burgeoning community, with a host of mix and match harvesting solutions, with mutant companions at the core of this chemistry equation, and an engaging turn-based battler system.

Monster Harvest will continue to be iterated on after its 1.0 release, as Maple Powered Games have greatly appreciated the continued support and feedback from the community throughout development. “We want to be clear that while today is a great day for Monster Harvest, this is only the beginning of your adventures in Planimal Point” stated Ross Griffith of Merge Games.

Want to give Monster Harvest a go before purchasing? A free Monster Harvest demo is now live on Steam, letting players plot their mutations and digital harvesting vocation at Planimal Point by playing the first 10 days, with carry-over save data.