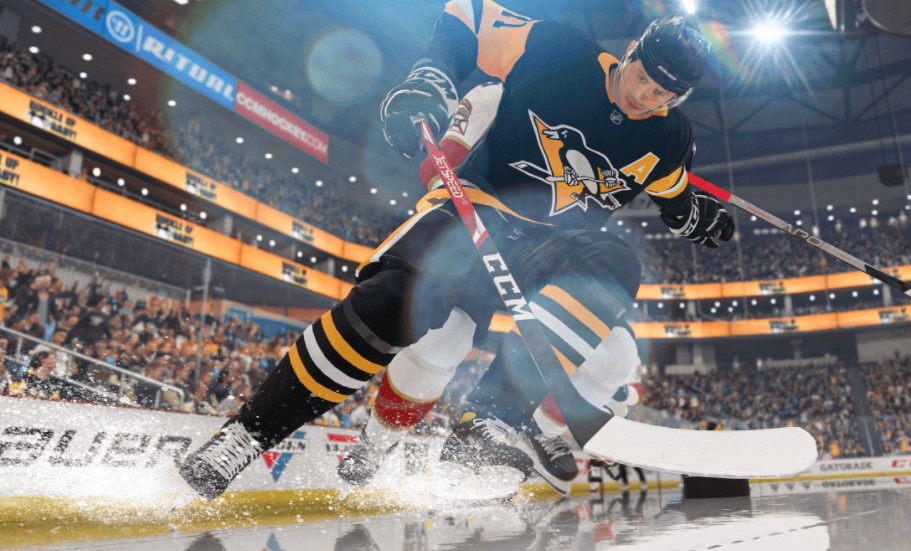 The host of the video, EA Sports NHL VP and GM, Sean Ramjagsingh, first mentions that this is the first NHL game for Xbox Series X|S, Xbox One, PS4, or PS5 to feature EA’s Frostbite Engine. The previous game, NHL 21, instead used the older Ignite Engine.

SR Presentation Designer, David Pritchett, first goes into detail on how Frostbite will change the overall look of NHL 22. This new engine will improve the overall visual quality of the NHL franchise when it comes to the nitty-gritty details like lens flares, snow kicked up by skates, player eye movement, and more. On top of that the plexiglass, ice, and other clothing materials more realistically absorb and reflect light thanks to Frostbite.

Then, Gameplay Producer, Tyson Sawatzki, detailed how Superstar X-Factors will impact gameplay. The X-Factors are essentially skills specific players have that give them a boost to their abilities above what a regular player has. The six X-Factor categories are Shooting, Skating, Passing, Hockey IQ, Defense, and Goaltending.

Across all six categories, there are 29 different abilities that fit into a player’s premiere zone abilities and their secondary superstar abilities. These abilities are present in all game modes, giving players the option to strategically plan for matchups based upon X-Factors.

Sawatzki also talked about how stick physics will be enhanced to improve the realism of stick-on-stick or stick-on-body collisions.

Finally, the Augmented Reality system in NHL 22 will be improved to make it clear when your player’s X-Factor had an impact on the play. On top of that, the AR system will display stats on the ice or information about a penalty on the glass in the penalty box to give players a clear view of what they’ve been doing well or how much time they’ll have to take advantage of a man advantage.

If you would like to check out the official NHL 22 gameplay trailer, it can be found down below.

NHL 22 is coming to the Xbox Series X|S, Xbox One, PS4, and PS5 on October 15. You can preorder the game now right here.