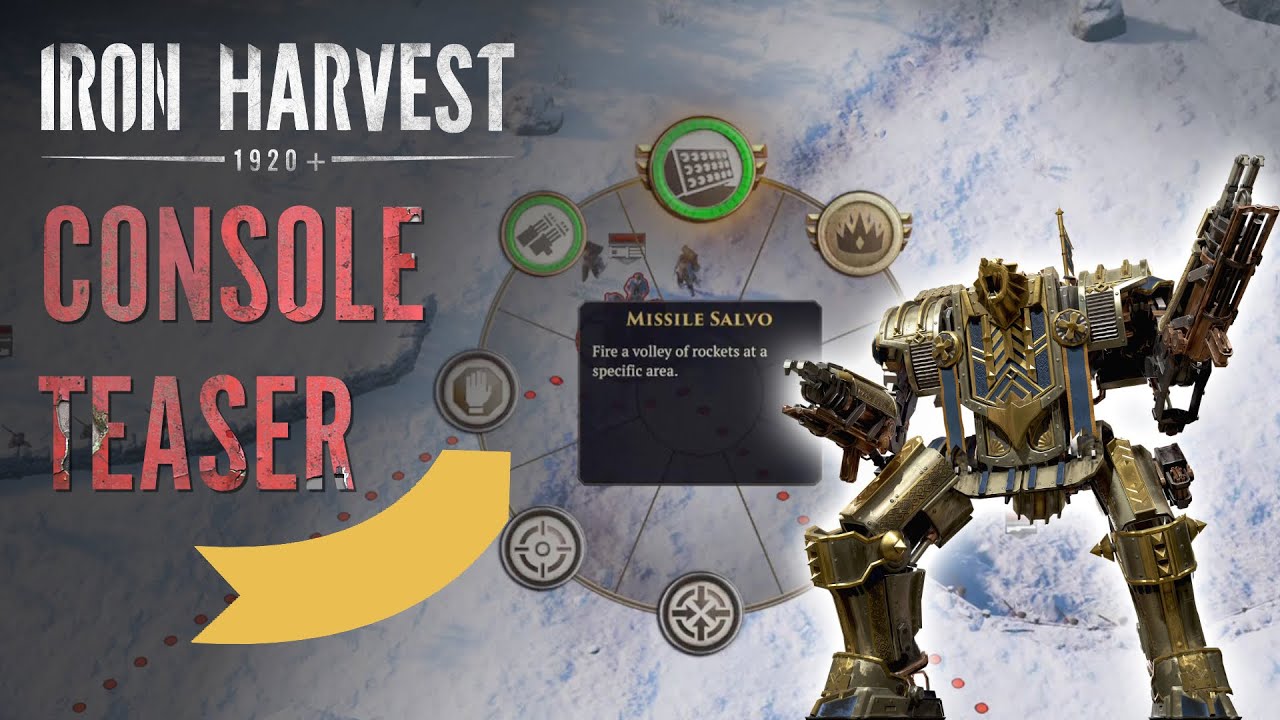 With several RTS franchises both new and returning coming to PC, fans of the genre are enjoying somewhat of a resurgence at the moment. As ever, though, console players always get the short end of the stick — except in the case of King Art Games’ acclaimed Iron Harvest, that is.

After having already launched on PC, the developer is busy at work honing its console versions, which were delayed from the original release date last year. Today, a new teaser trailer gives us a sneak peek of its performance, as well as confirming PS5 and Xbox Series X versions. And from the looks of it, things are progressing nicely.

A handy YouTube synopsis offers us a quick breakdown of some key details:

For those not up to speed with Iron Harvest, it’s is a real-time strategy game that plays similarly to Relic Entertainment’s Company of Heroes. Here, though, the game is set in an alternate 1920s history and based around a unique ‘dieselpunk’ aesthetic that sees players take control of giant dieselpunk mechs. There is both single and multiplayer modes, including a cooperative option.

Iron Harvest is already available on PC, Xbox One, and PS4. For more on the game, check out the recently released launch trailer for the game detailing the factions, mecha and characters players can control in battle.