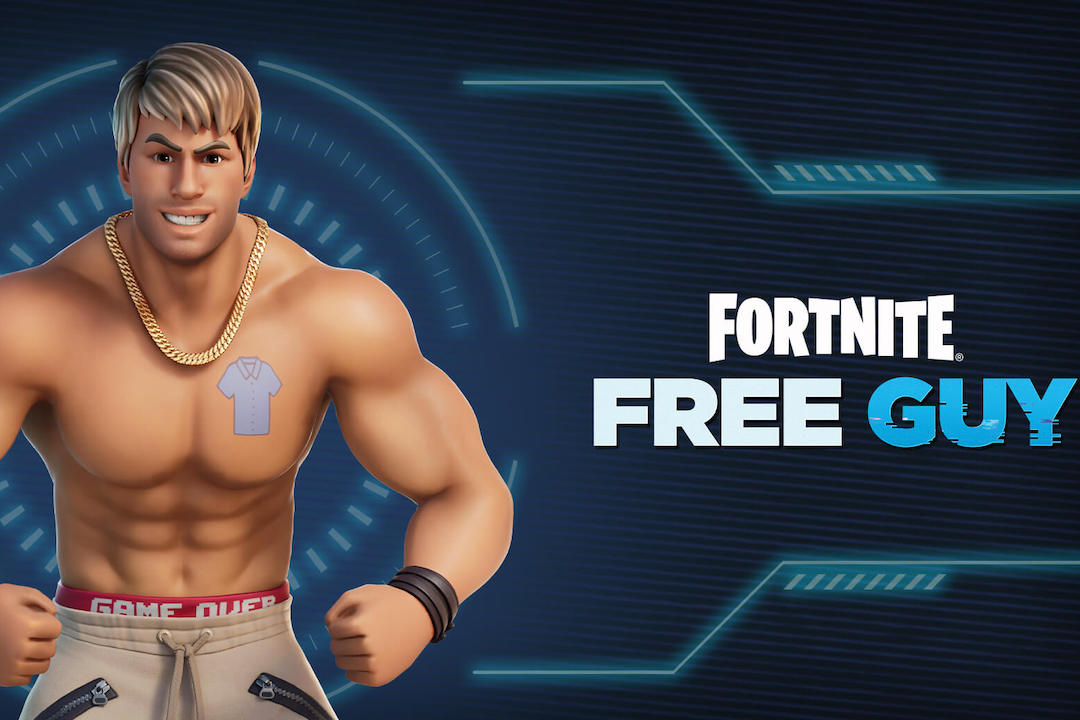 Fortnite is celebrating the release of Free Guy with some quests inspired by the upcoming film. By completing these objectives, players can get their hands on Ryan Reynolds’ “Dude character outfit as well as a special Good Guy emote between Aug. 12 and Sept. 6.

Epic Games made the announcement on their blog about Fortnite’s crossover with Free Guy, revealing some information on some new quests that players can partake. In these missions, they are required to search the map for ATM machines, much like the film.

Ryan Reynolds will also be a part of the promotion by voicing his movie character Guy in Fortnite, where he delivers the classic line from the film saying, “Don’t Have a good day, have a great day!” Guy will be offering instructions to players on how to complete these quests. After these quests are done, they will be rewarded with the “Have a Great Day” emote, as shown in this tweet from the game.

Other than that, everyone will also get to pick some new outfits from Guy’s doppelganger Dude in the Fortnite item shop. The game’s Metaverse continues to expand, so it’s no surprise that Free Guy would be making its presence known in the popular battle royale game. Even though Guy is too busy trying to save Free City to become a playable character on Fortnite this time around, he will still be a part of the game in ATMs throughout the map.

In Free Guy, Ryan Reynolds plays an NPC who becomes self-aware that he’s inside a video game that is about to be taken offline, so Fornite seems like the perfect place for someone like him to be in. Crossovers with the game aren’t new as properties like Marvel, DC, and even Rick & Morty have made their way into Fortnite with a makeover, skins, and emotes.

The Free Guy emote and the exclusive skin will be available to Fortnite players from Aug. 12 to Sept. 6.