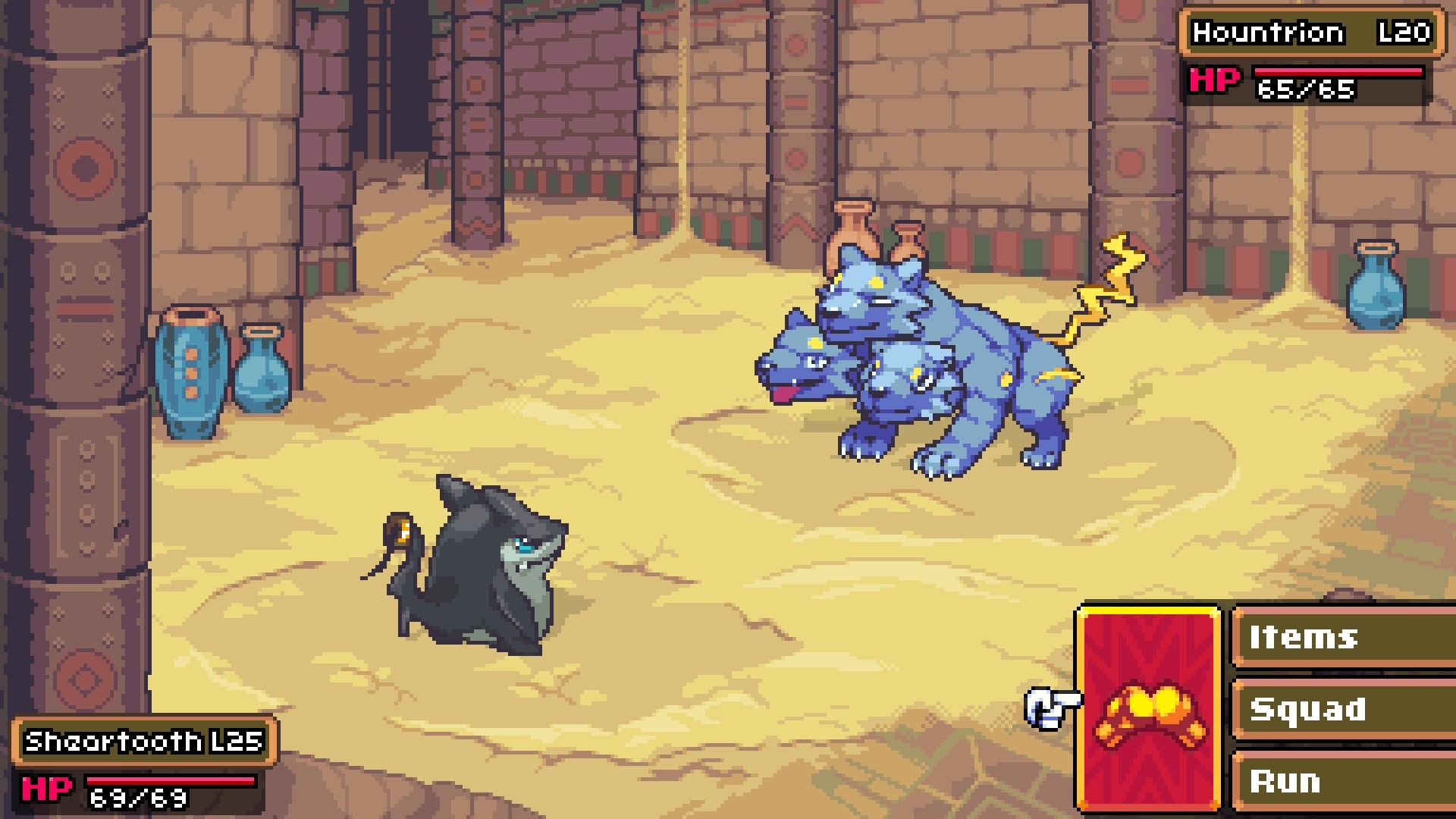 Coromon is a monster tamer/creature collector RPG by TRAGsoft that puts its own twist on a classic formula from the GBA era of games. Most people will make Pokemon comparisons right away, but Coromon offers enough content in terms of gameplay, story, and game-changing features to make sure that those comparisons are positive ones.

TRAGsoft did name Nintendo’s popular RPG as a main influence, yet their game still manages to stand out in its own way. Here are five reasons that fans of Pokemon should keep an eye on Coromon.

One of the first things that any fan of the GBA-era Pokemon games will notice is the pixel art style that Coromon uses. It capitalizes on that nostalgic feeling while modernizing the look in ways that its influences couldn’t, thanks to the technology of today.

The creatures in the game move and animate in ways that they wouldn’t be able to on the GBA. Some Coromon have many moving parts to their sprites that convey personality and texture in interesting ways. And animations for attacks go beyond that.

The environments and backgrounds also benefit greatly from modern development options and it shows. There’s more detail and objects in the environment in Coromon’s desert town of Darudic than in Pokemon Ruby/Sapphire/Emerald’s Route 111 or Black/White 2’s Desert Resort, for example.

Customization is something that the GBA-era Pokemon games didn’t have, once again, presumably due to the limitations of the hardware at the time. Coromon allows players to change different articles of clothing as well as the look of their actual character sprite.

There are options to change hair, headwear, outfits, accessories, skin color, facial hair, and more. There are even new outfits and accessories that can be obtained throughout the game to add to your collection. All of these options can be changed after starting the game, which is convenient.

The customization isn’t purely visual either. Your Coromon’s learned moves can be swapped in and out at any time whenever you’re not in battle. This means that any moves they learn actually stick with them forever, even though you can only set four at a time to be used in battle.

The customization in Coromon goes beyond changing up your character, though. Your creature companions can also be personalized in meaningful ways when it comes to their stats thanks to the Potential system.

Each Coromon has a Potential meter that fills alongside the standard EXP meter. When the Potential meter fills through battle, you’ll be able to manually add points to a Coromon’s HP, SP, Speed, Attack, Defense, Sp. Attack, or Sp. Defense.

This feature provides the freedom to create tanks, glass cannons, or balanced threats as you progress. And it gets even deeper. Coromon have Potential scores that go from one to 21, as well as ranks of Standard, Potent, and Perfect. Coromon with higher Potential scores and ranks can earn more points to put into their stats.

All of these options for Coromon personalization will come in handy when you face off against other players online to see whose team builds work best.

Coromon contains four difficulty levels, and most have their own little twists or adjustments to the gameplay formula. You can choose from Easy, Normal, Hard, and Insane when you start out. Easy mode fully heals Coromon when they level up on top of allowing them to be revived with any healing item. As expected, Normal doesn’t change a thing.

The most interesting ones are Hard and Insane, as they add some tricky rules for those looking for a challenge. Hard mode removes the option to run away from random battles and releases Coromon that faint, which is actually a bit tougher than standard Nuzlocke rules.

Insane takes this a step further by only allowing you to catch one Coromon in each route unless it has Perfect Potential — if it does, you can attempt to catch it no matter what. Difficulty settings are always welcome in games like these, and it feels as though Pokemon fans have been asking for options like these for years now.

If you’re looking for a story to shake up the regular creature catching/gym challenging formula found in most Pokemon games, Coromon has you covered on that front too.

Instead of assuming the role of a child made to fend for themself in the wild, Coromon puts you in control of a Battle Researcher who works for a futuristic company called Lux Solis. You’ll join a special task force for the company with the goal of finding and challenging six powerful creatures known as Titans as you research Titan Essences.

Creature collecting is still a part of the journey, but there’s also a number of NPCs to meet that provide little side quests. And an in-game mission tracker will help to keep track of them all along the way.

If you’re looking to try out Coromon for yourself after reading up on all these features, you can download the eight-hour demo from the game’s Steam page. It starts off right at the beginning of the game and progress is saved for the full release that’s coming in Q1 2022.