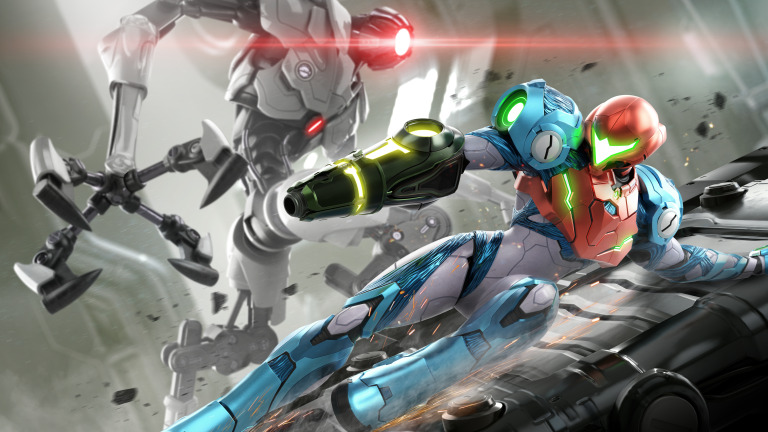 The dust has settled from E3 2021, and there were some clear frontrunners in terms of who put on the best showcases. Some had only a few new titles to show off or had segments that left viewers scratching their heads. Others blew the house down with non-stop reveals and established themselves as big players. That’s why they earned the places they did in this rundown of who won E3 2021. Let’s rank every showcase ranked from worst to best.

It’s pretty unfortunate, but Gearbox’s presentation wasn’t nearly as good as their show back in 2019.

Admittedly, Gearbox did have impressive titles to show off in the likes of Wonderlands and Tribes of Midgard. The only problem was, said titles had already been shown off at other showcases, leaving their reveals at the Gearbox showcase feeling lackluster and unneeded. This left the pressure to succeed on a Godfall DLC announcement and some behind-the-scenes bits for the Borderlands movie, which felt awkward at best and unneeded at worst.

We’ll give Gearbox credit for putting on a showcase in spite of the past year, but it was definitely at the bottom compared to other presentations.

IGN Expo’s Summer of Gaming showcase found itself in an odd position this year.

On one hand, they did have a few promising indie titles to show off to viewers. Games like SkateBIRD showed potential to be interesting takes on tried and true gameplay genres, and have people excited for the finished products.

At the same time though, the showcase overall felt a bit unneeded. Said titles would have been right at home in some of the more indie-centric showcases happening throughout the week and may have even been better served by being there instead. Likewise, the event felt a bit imbalanced, with some titles not given the time they needed to breathe while others got far more time than they needed.

Top it off with a lack of a show-stopping reveal, and the end result is a showcase that wasn’t up to the standard built by those around it.

Capcom’s announcement that they would be putting on their own showcase was exciting at first glance. After the fact though, it’s clear they didn’t really have enough tease-able projects to make the event worthwhile.

In terms of full games that are still nearing a release, The Great Ace Attorney Chronicles and Monster Hunter Stories 2: Wings of Ruin were their biggest hitters. However, Monster Hunter Stories 2 already had appearances earlier on in the week, shifting the pressure onto The Great Ace Attorney Chronicles and smaller announcements regarding their currently available titles.

Compounding this was the short runtime of the event, which left little room for deep-diving into what the games would offer.

It definitely could have been worse, but it also felt like Capcom could have held off on appearing and put on their own individual livestream events at a later time.

Granted, some of its gameplay reveals weren’t ideal – Stranger of Paradise: Final Fantasy Origin made a pretty laughable first impression thanks to its Chaos-obsessed writing – but overall it had plenty of things most fans watch E3 for. The Guardians of the Galaxy got a lengthy reveal which included gameplay and cinematics, Babylon’s Fall finally reappeared after years, and Life Is Strange: True Colors got some time in the spotlight.

And yet, it was still lacking the big punch some of the company’s past conferences offered. This likely boils down to its biggest upcoming titles – namely, Final Fantasy XVI and Final Fantasy VII Remake Part II – still needing development time, and the company not wanting to show said titles off until they’re ready.

It’s a shame, but this just wasn’t Square’s year in terms of E3 hype-building.

The Future Games Show didn’t make any substantial waves this year, but it did put on a passable offering at the very least.

Showing off a mix of indie titles, bigger releases, and surprising remasters like Sonic Colors Ultimate, the showcase wasn’t lacking for noteworthy teases and trailers. Those who watched it were likely able to find at least one or two reveals that left them satisfied and probably didn’t have anything notably bad to say about the affair.

Still though, the show lacked notable highs. Its big reveal at the end of a new title from Her Story creator Sam Barlow was arguably the high point, but it still felt less momentous than it could have been with other big unveilings before it.

The E3 2021 PC Gaming Show sat right on the line between good and passable, and that’s not the worst thing.

Offering a look at established franchise sequels and smaller indie titles alike, there was a decent spread of games that the event was able to spotlight. Some of the reveals could have used a bit more time and attention, but overall they felt serviceable and like they were worth viewers’ time.

What kept it from being an exceptional show, though, was a lack of notable standouts. Every title shown put on a solid showing, but none had teases or breakdowns which left viewers talking about them for the rest of the week. as a result, the show felt like it played it safe, firmly settling into a groove that would get the job done without reaching for bigger highs.

The Ubisoft Forward showcase was a decent outing for the AAA developer, but still felt like it was missing notable appearances.

To be sure, it had big moments. The reveal of Avatar: Frontiers of Pandora and Mario + Rabbids: Sparks of Hope, and Rainbow Six: Extraction’s reappearance, had a sizable enough presence to make the event feel worthwhile. At the same time though, many of the company’s upcoming projects felt notably absent and didn’t even receive a mention during the show. These included Ubisoft’s upcoming Star Wars game, Beyond Good and Evil 2, and Skull & Bones.

This was likely due to the past year’s hurdles and headaches, but it still left the company’s showcase feeling less weighty than it otherwise could have been. As a result, it falls on the lower end of the better half of E3 2021’s events.

E3 2021 had a strong showing of indie titles, and the Guerilla Collective’s showcase was a great example of why.

Offering a wide spread of titles from a variety of genres, there was something for anyone and everyone to find interest in. Tend to enjoy hack and slash titles? Batora: Lost Haven had you covered. More into games with a cute and charming aesthetic? Slime Heroes was there to grab your attention.

The only real downside was that the showcase could have used more central billing. Occurring on the 12th, it felt like the event was positioned in a way that left it overshadowed by some of the bigger companies. It’s a bit of a shame, but hopefully, it’ll keep up its forward momentum going into next year.

The Tribeca Games Spotlight was a bit of a dark horse candidate among this year’s festivities but in the best way possible.

Leaning more toward showing off games that had artistic aspirations, the showcase put style and aesthetic front and center. This proved best for them overall though, with almost every title they showed wowing viewers. Bigger upcoming titles like Kena: Bridge of Spirits and indie upstarts like Harold Halibut all made strong showings, leaving viewers hyped for more news and full releases.

If the showcase had run longer, it likely would have climbed even higher up this list. Still, being in the upper portion is no small feat for this smaller event.

It may have taken the event a year to find its footing, but the Summer Game Fest has definitely established itself as a mainstay.

Featuring a wide spread of reveals and teasers for a variety of titles, the show nailed the pacing and hype-building some of the best E3 presentations have offered in the past. Reveals for newer titles like Wonderlands were matched by light-hearted unveilings for things like Death Stranding Director’s Cut, with plenty of personalities thrown in along the way.

It all culminated in the triumphant crescendo that was Elden Ring’s gameplay reveal trailer, which felt like a fitting end to the showcase and a perfect kick-off to E3 2021 proper. The only thing that could have made it better was more central billing, and perhaps a few more big indie titles to match up against the AAA fare.

Microsoft and Bethesda both have years of experience when it comes to E3 showings, and they proved it at E3 2021.

While they may not have had a ton to show on the indie front, their AAA title reveals and breakdowns were substantial. Forza Horizon 5 was a technical marvel; Halo Infinite proved it has come along nicely; Starfield and The Outer Worlds 2 both left RPG fans eager for more info, and unexpected reveals like the trailer for A Plague Tale: Requiem were welcome surprises.

This isn’t even mentioning the reveal of the new IP Redfall. Though only a teaser cinematic was shown, it set up the new IP as a welcome addition to the Xbox Series X’s growing library of games.

It was exactly what the companies needed to do to steal the spotlight, and they likely would have stood as the best if not for another company’s showcase.

To say Nintendo killed it during E3 2021 would be an understatement.

The company had a slew of big reveals and teasers throughout the show, ranging from the new trailer and gameplay footage for Shin Megami Tensei V to the reveal of remakes for Advanced Wars 1 and 2. Not only that, but they had a balanced showing of AAA offerings and indies alike, ensuring everyone had something to be excited about.

What stole the show, though, was the reveal of Metroid Dread. A long-awaited new entry in the mainline series, it was given the full-court press with cinematic trailers, lengthy gameplay demos, and behind-the-scenes videos regarding its development.

It was everything game lovers could want from an E3 presentation, and easily the highpoint of the week-long extravaganza.