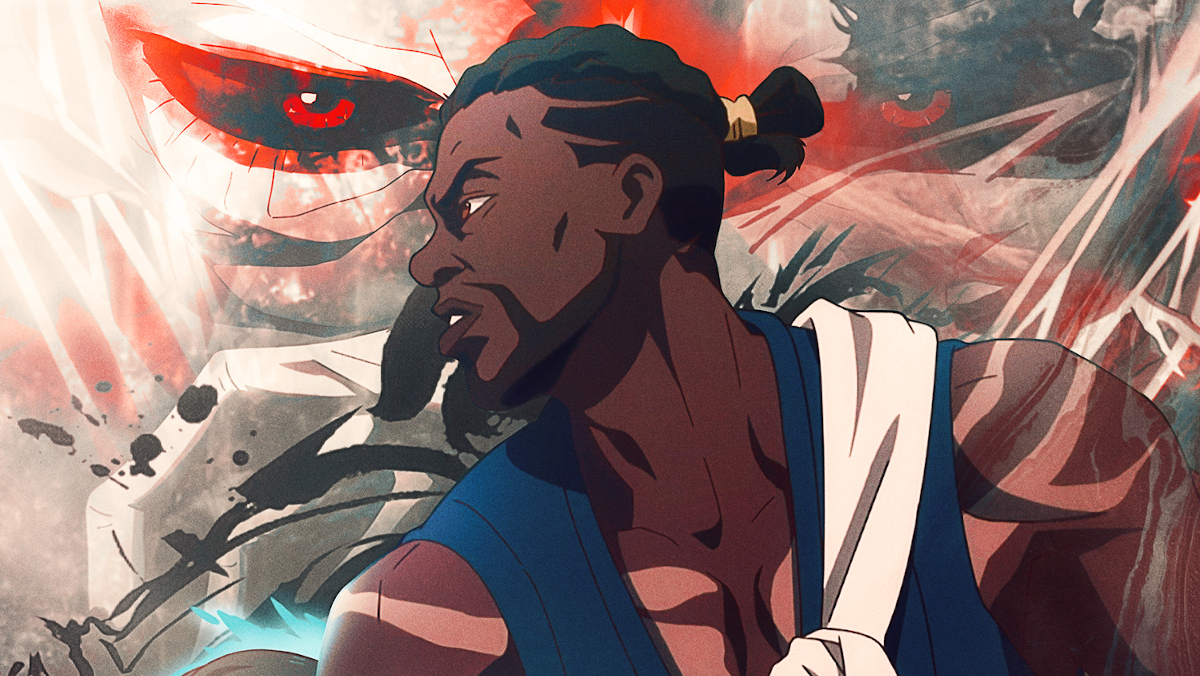 Any time Netflix promotes an anime as vigorously as they did Yasuke, you can’t help but at least be a little excited for what is to come. Couple this promotion with the fact that notable names like Lakeith Stanfield and LeSean Thomas are attached to the project, and that excitement turns into a full-on hype-train.

Any time the bar is set that high, though, your show is going to come with a lot of expectations. Unfortunately for Yasuke, it couldn’t live up to them. These are the three reasons Netflix’s Yasuke didn’t live up to the hype.

When Yasuke was first announced, it garnered a lot of attention due to its premise. The show centers around a reimagining of the first African samurai, taking place in a fantastical version of feudal Japan.

It only takes a few seconds into the show to see that the ideas they had for this fantasy world were pretty poorly executed. Instead of an interesting mix of samurai and Japanese culture with magic, it just seems like Yasuke tried to throw every cliche known to the fantasy genre at the board at once with the hopes that something would stick.

There is just far too much going on in the show, as it tries to introduce magic, werewolves, and robots into feudal Japan without any interesting backstory or build-up. It all just feels messy and far too unnecessary, pulling you out of the world it tries to set up as a result.

One of the first things you’ll notice when watching Yasuke is that the dialogue sounds odd. Conversations seem unnatural in both how they sound and how they are delivered.

Characters either sound like they’re unnaturally forcing emotion into their voice or are completely monotone and bored. There is no personality behind any of the lines, especially when it comes to Yasuke.

Every time Lakeith Stanfield talks, you can almost picture him standing in the recording booth reading straight from the script. It all just gives the anime a bad air to it, as the lack of energy really lets the wind out of its sails despite some stellar action and animation.

Anyone looking to watch the show in sub format to try and avoid this is out of luck, too. This format is almost worse, as voice actors talk too fast to match the character’s lips, and Yasuke’s Japanese sections are rendered pointless since that is the language that is already being used in the sub anyway.

Whenever an anime with around a 23-minute runtime is given less than eight episodes to try and build up a show, it is always important to take things with a grain of salt when it comes to direction and pacing. There is only so much that a show can feasibly do when given time constraints like these.

Even with that in mind, Yasuke’s direction and pace are all over the place. Despite the fact that the show was only six episodes, it felt like they crammed an entire two seasons into the plot.

Characters are introduced and forgotten before you can blink, as they either die a quick and meaningless death like the mercenaries, or are just shrugged off and not talked about like Saki’s mother. We are barely given any time to get to know the side characters or their stories, so there is little reason to care about them.

The characters that are the show’s central focus are interesting, but they are typical Mary Sues. Yasuke can beat pretty much anything that is thrown at him without much trouble and has Saki’s overpowered, deus ex machina powers whenever he runs into a situation where he can’t.

Maybe it is just because most samurai-themed entertainment is slow and deliberate by comparison, but Yasuke’s overall direction moves far too fast to tell an enriching story about its characters and world.