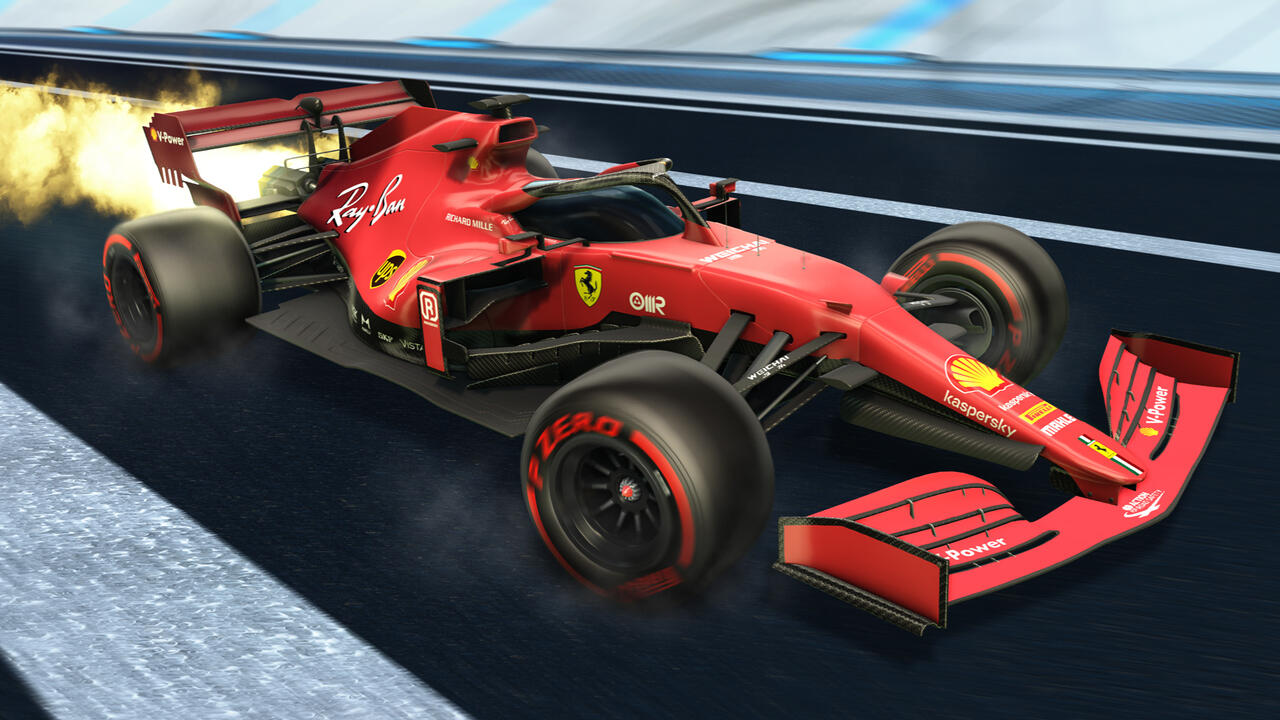 The Formula 1 Fan Pack will be available from the in-game shop starting Thursday, May 20 until May 26 at a price of 2,000 Credits (about $20). It will include the titular Formula 1 car with the hitbox of the Dominus Rocket League car, rocket boost, signature Pirelli Wheels, and 10 decals of the following Formula 1 teams that are currently competing in the 2021 FIA Formula One World Championship:

All Rocket League players will be able to grab a Formula 1-themed player banner for free on May 20 to May 26. Psyonix said that the fan pack and free item will return later this year to coincide with major Formula 1 events, and the release of this pack is timed to the 78th Monaco Grand Prix taking place between May20 to May 23.

The new Rocket League pack is similar to the NASCAR collaboration offered earlier this month, which will also return later this year to coincide with its big events.