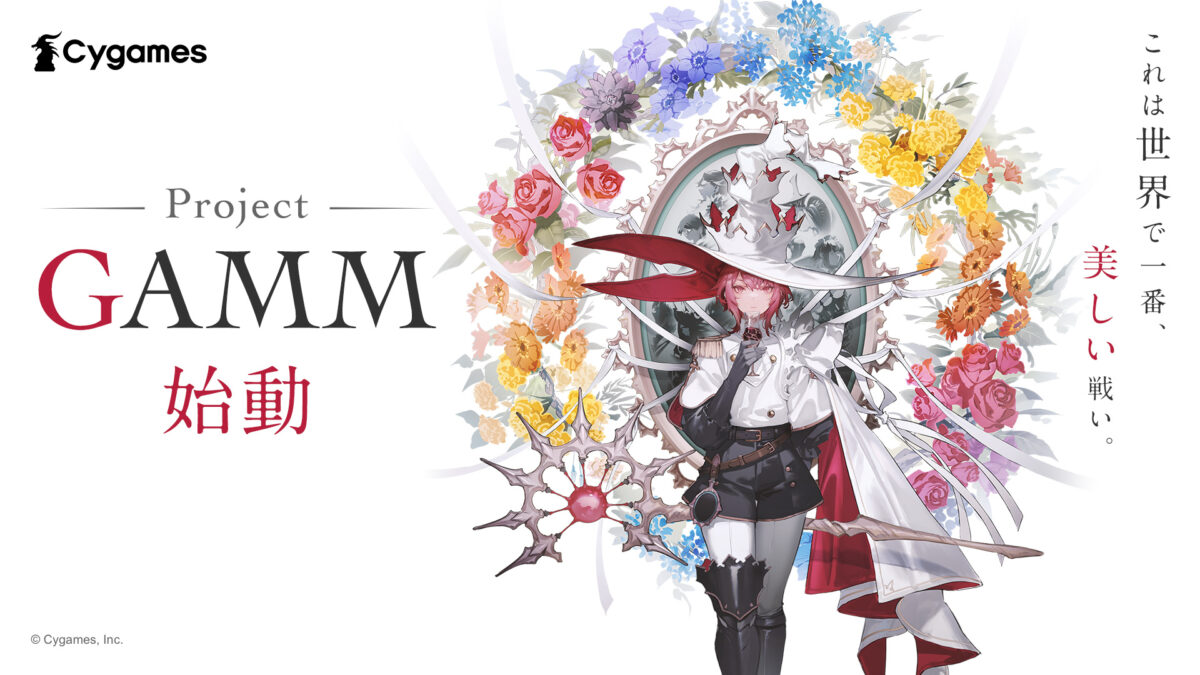 Following the reveal on Famitsu, Cygames sent a press release officially presenting Project GAMM with comments from the developers and the first direct-feed screenshots and art.

The press release confirms that Project GAMM (which is still a working title) is a completely new action game for consoles set in “Noir,” a fantasy world where magician engage in various kinds of magic.

Specific platforms are still unknown and so is the release date, but an official website (with an English version) has just been opened.

Director and producer Kenichiro Takaki, who many of you may know for creating Senran Kagura, mentioned that he’s thankful to have had many chances to present his work to the world, and he has come this far feeling great love and passion for what he did in the past.

Now, he wonders how he can change in a world where even everyday common sense is changing? What does he really want to create now, and will he really be able to create the magical games he dreamed of as a child? Can he get even a little closer to the future that game fans are excited about? Can he continue to do his best in these areas?

He’d like to convey the results of thinking through these questions in Project GAMM. At the moment, the team is still in the process of creating and polishing the charming characters of the game, but they will work together to build this new world while having fun.

Character designer Mogumo is also involved in a wide range of artistic aspects of Project GAMM. He believes that the creation of characters is involved with a variety of elements such as motion, effects, and environments in addition to their appearance. The process of creating these elements together with the team is very interesting and exciting.

He’s working hard every day to create a new sense of surprise, fun, and beauty unique to this title in the magical fantasy genre. He hopes fans will look forward to the results.

Composer Shiro Sagisu (whom you may know for many anime including Neon Genesis Evangelion) mentions that 350 years ago, Blaise Pascal said that entertainment is indispensable for those who want an escape from fear and the thought of death. 110 years ago cinema was called the seventh art. Game music is a fusion with the fourth art, music. With Project GAMM he wants to promote the fusion of “Time= Music” and “Space=Game.”

Environment Designer Kiyoshi Arai (who worked on Freedom Wars, Final Fantasy XIV, Final Fantasy XII, and more) is eager to present the colorful and glossy visual concept of this world in the most immersive and appealing way as possible. He wants to make the world in the background look sexy.